It's time to show you the last of our prize-winning entries from the 2012 Creative Competition.

Based on The Corner Shop, there were dozens of truly amazing entries from mini-makers around the UK and beyond.

We're delighted to announce that the third prize winner was last year's champ, Emma Metcalfe, from Mid-Glamorgan, with "Diamond Jubilee 1897". 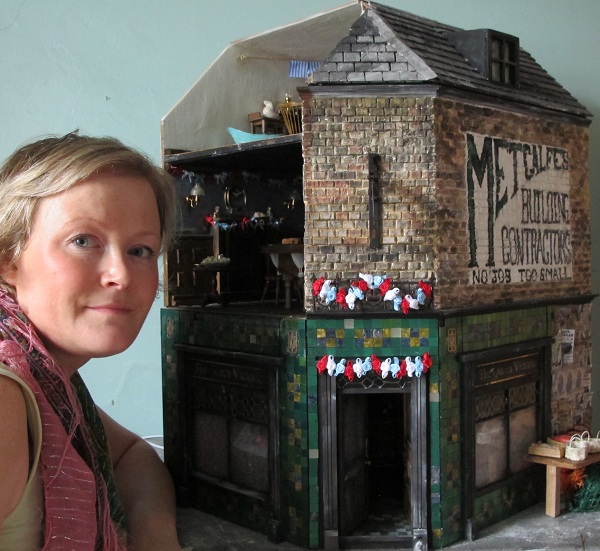 Emma told us: “For this project I wanted to learn about and experiment with new techniques such as wallpapering, wood panelling, making floorboards and lighting – a Victorian pub would have all these features and more.

“I decided to build an extension on the pub which would hide the stairs and allow me to cut a hole through so the scruffy, well-worn stair carpet could just be seen."

"I added a porch on the inside and used embossing plastic as frosted windows. Small mosaic tiles were used on the exterior and bar area and permanent pens created the stained glass.

"On all floors I made the floorboard and nailed them down with small nails. The fireplaces were built from wood and the bricks inside and on the exterior made from plaster marked with a ruler." 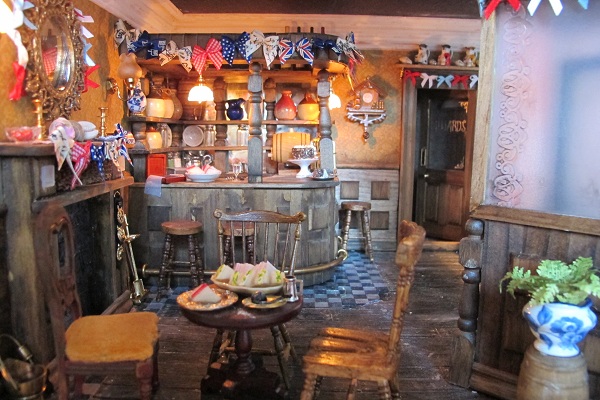 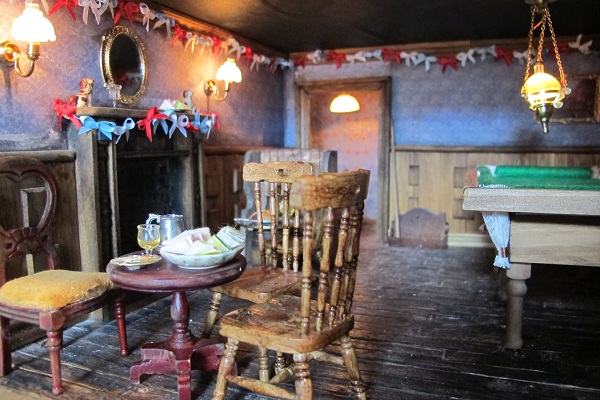 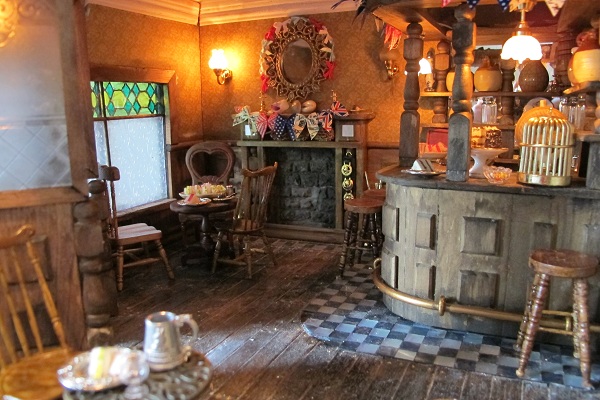 "Upstairs, in the billiards room, I lowered the height of the ceiling and supported it with coving.

"I filled in one of the windows to create a large wall for the adverts and made the other window bigger.

"The attic space was a bit too low so I extended the walls upwards and built a new roof with a dormer window.

"The attic walls were plastered and the slates were made from cork tiles and covered in plaster too.

“To make it truly authentic I wanted it to look run-down and grubby but with enough oysters and treats for everyone!” 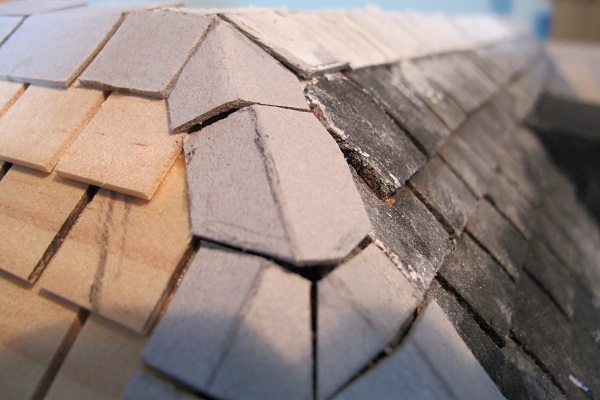 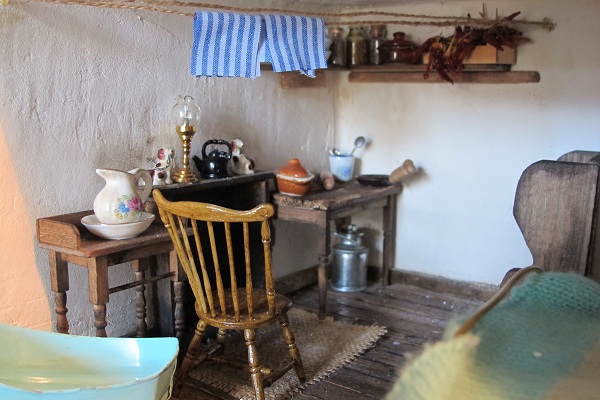 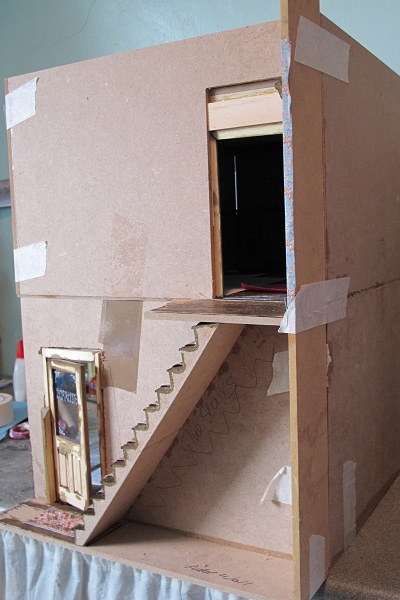