Have you ever been inspired to create a miniature underwater world?

Fourteen-year-old Isobel Reeves, from Kent, put together Underwater World using The Corner Shop for this year's Creative Competition from The Dolls House Emporium. 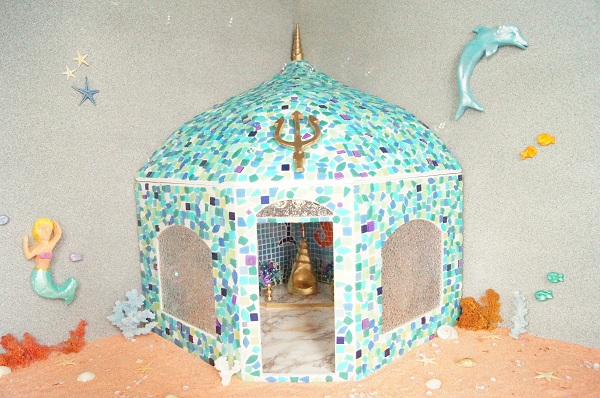 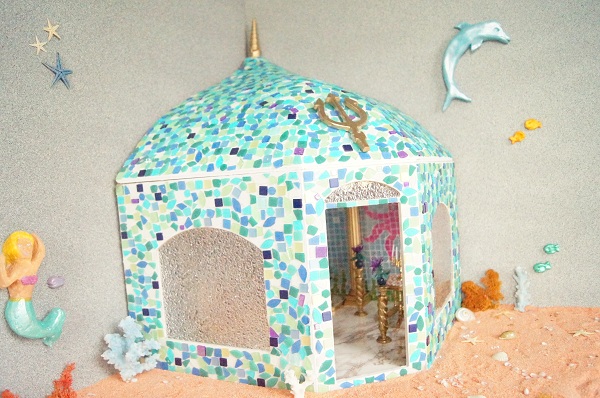 Isobel said: “I started by sketching out some ideas, including the roof shape, and interior walls mosaic designs.

"For the wall mosaic I draw a dolphin, a turtle, two seahorses and an octopus.  I then decided on colours and bought some small mosaics.

“On the walls with large windows I drew arched shapes and cut these out, along with a semi circular window to go above the door opening, and I fitted a bubble design perspex that I found into these.

“I painted the inside of these walls in a random brushstrokes style using a variety of blues, greens, silver and gold, and added a string of gold shells to decorate.

“I purchased some tall columns and small pillars and spray painted them gold and made a throne platform to echo the shape of the shop, edged in gold, and covered in marble effect paper to match the interior floor.

“I made a throne, in a shell design from clay and spray painted it gold.  I purchased two round tables, sprayed them gold and decorated with tiny shells and two gold candelabra." 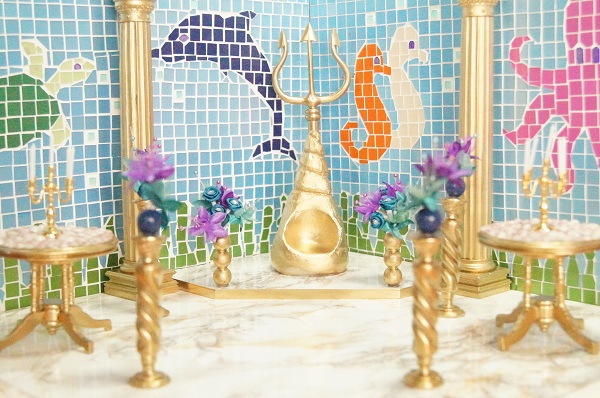 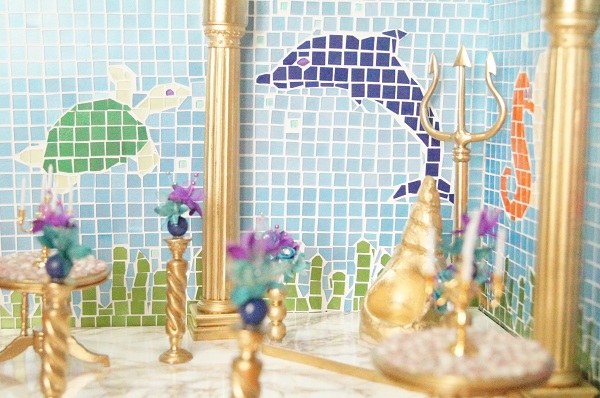 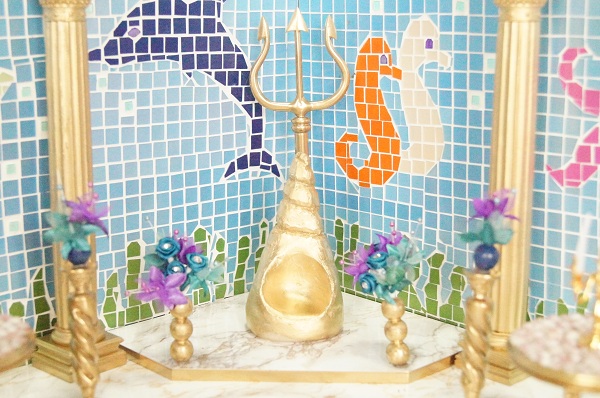 “The interior finishing touches were some wooden balls painted and filled with flowers to adorn the top of the four pillars and the throne platform, and a gold trident placed behind the throne," says Isobel.

“I then used a random style of mosaic to cover the outside walls and roof, which were finished with a trident above the door and a gold shell as a spire.

“The whole corner shop was then placed on a coral sand covered board, with a rock/stone effect background.

“I made a mermaid by reductive sculpting of two bars of soap and some fish and a dolphin from clay, these and some shells and lichen were added to complete the scene.” 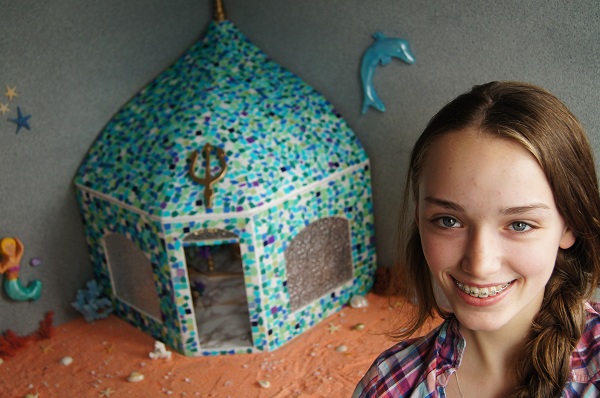 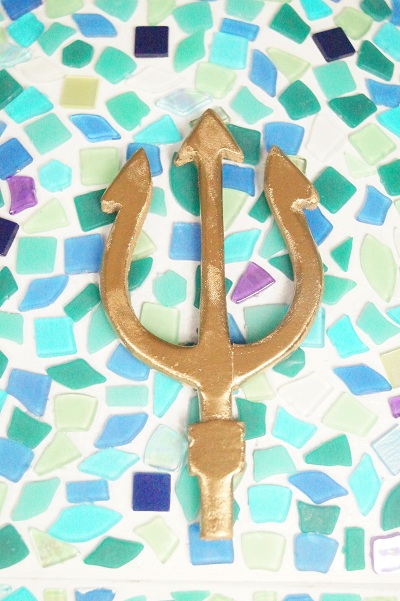