Bridge the generations with a dolls' house!

Here’s a nice tale of the positive relationships that sharing a dolls’ house hobby can bring.

The Omaha World-Herald explains how Natalee was born with spina bifida and during her time in the hospital, the eight-year-old developed a special bond with Mr Miller.

She has to use a wheelchair and she's spent six of the past 12 months hospitalised.

Her special connection with Fred grew through their project and Natalee looks for him whenever she's at the hospital - and likewise, Fred always finds her when she's admitted.


A step away from the traditional dolls’ house

If you’re looking for a step away from the traditional dolls’ house, here’s a model which takes a giant leap!

It is an interesting modernist dolls’ house inspired by Mies van der Rohe and created by Baines&Fricker.

The MiiBox pictured here has a slight difference, however - it's actually a to-scale version of Arne Jacobsen's own villa.

The officially licensed product is an authentic 1:16 model of Jacobsen's 1929 villa in Charlottenlund, Denmark produced by the company Minimii.

Unfortunately you don’t get the whole villa, just the frontage, so that when you pout it on show you can have it free-standing or wall-mounted.

Some people use it as a quirky cabinet, because of the hinging arrangement – and that means you can keep it out of reach of small fingers too!

If you want to see the picture, click through here - we're not allowed to show you because of copyright!

A new display, which includes a dolls’ house owned by The Queen, will open up at Buckingham Palace this summer.

It’s a collection of her childhood possessions – and those of other royals – spanning 250 years.

Among the earliest items to go on display later this year are a dolls house for George III’s daughters and dolls made by the young Princess Victoria, inspired by characters she had seen at the ballet or opera.

But there is also a stunning collection of Princess Elizabeth’s toys, including dolls, a wicker pram and pink tea set. Her early love of equestrianism is reflected in a pair of rocking horses, while a wicker pram she pushed around is also to go on show.

Highlights will also include the silver-gilt lily font used in baptism of Prince George and the silk-satin and lace christening robe he wore, as well as the velvet walking suits of the future King George V.

A wide range of toys, gifts and childhood outfits will be seen at the exhibition, Royal Childhood, when it opens.

Celebrate in miniature with St George

We all know the tale of George and the Dragon but he’s a widely travelled saint, as many counties around the world lay claim to him.

Will your dolls celebrate with a miniature scene specially geared up for the big day?

April 23rd is the celebration day in England, but other countries that celebrate include Bulgaria, Canada, Croatia, Cyprus, Georgia, Greece, Macedonia, Bosnia and Herzegovina, Romania and Serbia.

In England it has always been marked with at least a pint of beer, although St George's Day was a major feast and national holiday on a par with Christmas in mediaeval times. Perhaps we should start a campaign for a new holiday!

Take some inspiration for your next display from the items from our catalogue shown here. There are many more online, so why not log on, sign in and browse? 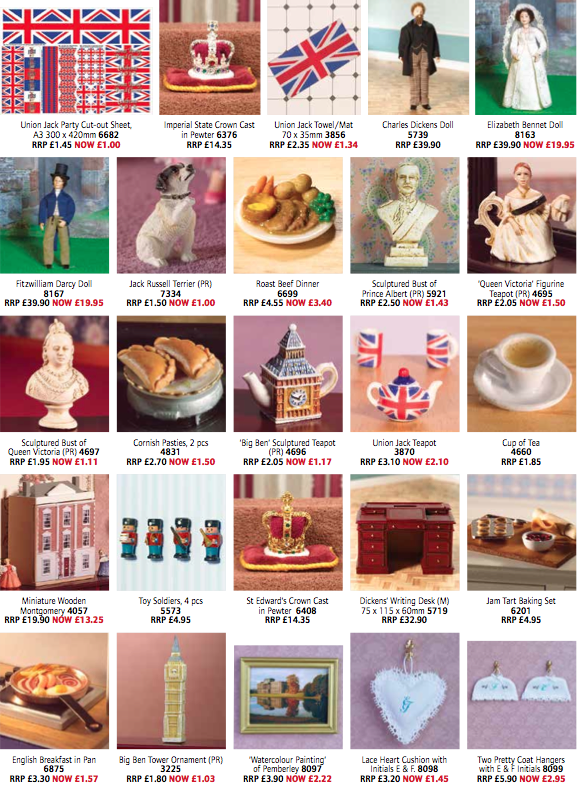 A dolls’ house in disguise

Have you ever used an unusual setting for your diorama or miniature dolls’ house scene?

You may have seen this one before, but it’s well-worth a reminder because it’s so perfectly done!

Lorraine has her own blog and explains in it how she created it. She fills it with miniatures from The Dolls House Emporium – and if you browse our offers pages you might be able to do the same – and much more cheaply than you think.

After initially “ruining” her guitar, you can see that it was obviously never intended to be a musical instrument and was really a dolls’ house in disguise!

Lorraine is the Dolls House Emporium’s official supplier and contact in Australia and runs her own showroom, shop and collectors’ clubs there. Check out her website for all the details. 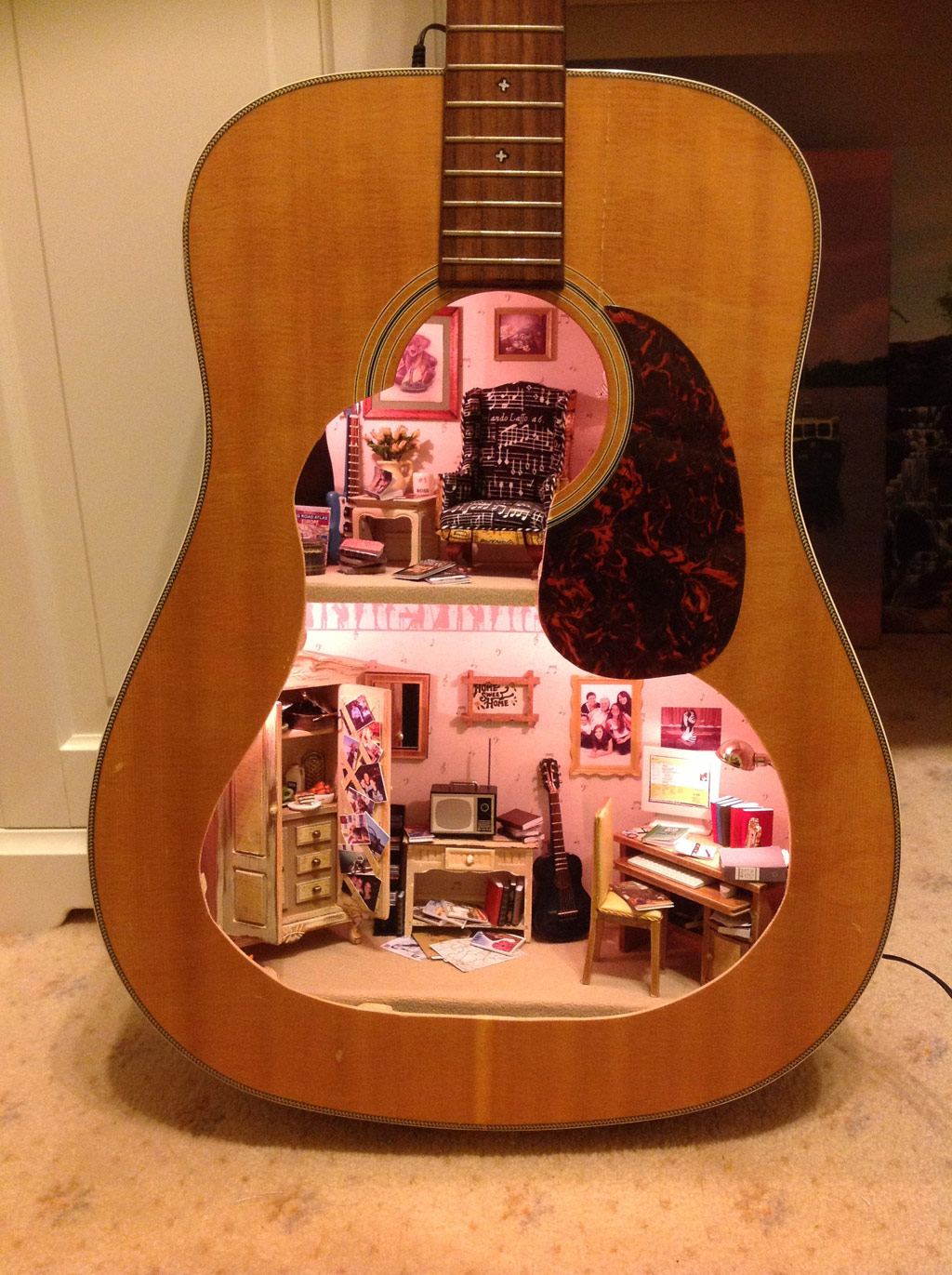