This week on the blog, we bring you something a little bit different. We wrote briefly about the ‘Dolls’ house for KIDS’ project on our Facebook page back in May but wanted to share with you a few more of the dollhouses’ created and a little bit more about the project and individual designs.

As part of an initiative organised by UK property developers Cathedral Group, 20 contemporary architects and designers (in collaboration with artists and other creatives) were asked to build a dolls’ house suitable for the 21st century. Each design also had to include at least one feature that would cater to children with disabilities.

Each dolls’ house fitted on a 750mm x 750mm plinth and they were all shown at Bonham’s auction house in Central London in November 2013. They were then auctioned off, raising an amazing £90,000, with all proceeds going to the disability charity KIDS, who are a UK charity supporting disabled children, young people and their families.

We think this was a brilliant idea and here are some of our favourites from the project. 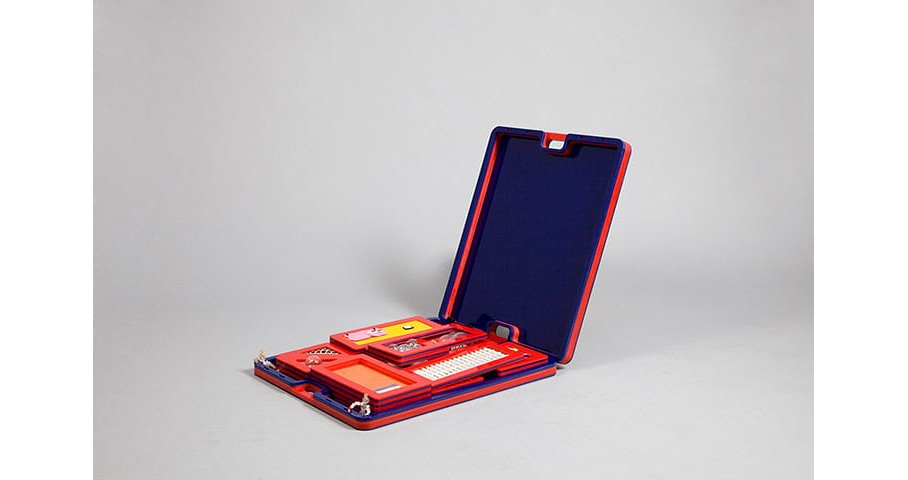 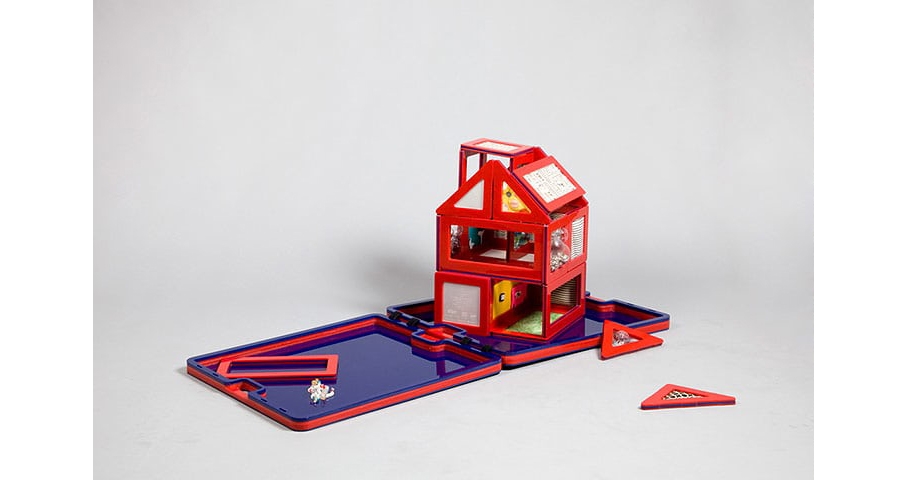 MAE's Mae-mak house
Mae-mak house is a house that can grow and change. It engages the senses and allows kids to stick and stack walls, floors and rooves to form a simple house, a complex house, many houses or a very big house. Brightly coloured and textured panels are made to stimulate the senses and inspire customisation. 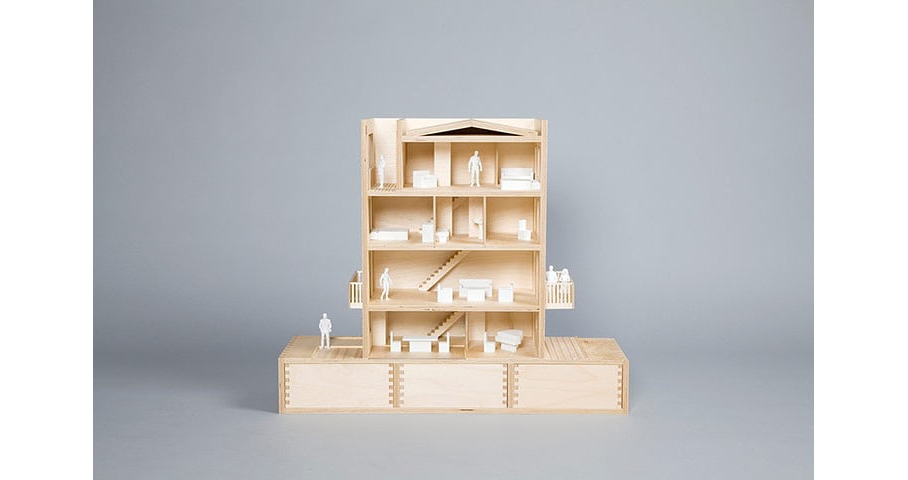 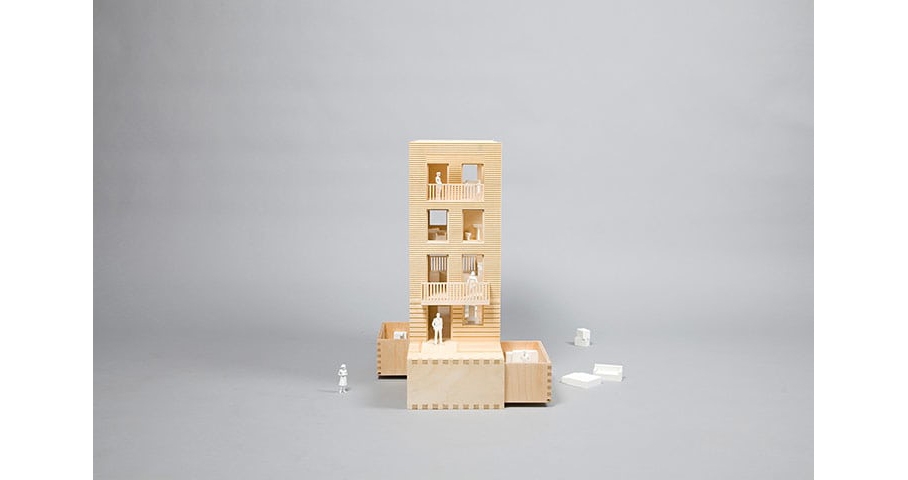 Glenn Howells's Extra-ordinary House
The Extra-Ordinary House has been generated by 2 ideas. Firstly, the terraced house, the most ordinary, but important house type in the UK. This simple idea has produced some of the best and most durable accommodation we have. Secondly, a robust timber construction. This house works through touch and feel, so enabling a child with impaired sight to understand how its volumes relate to living. 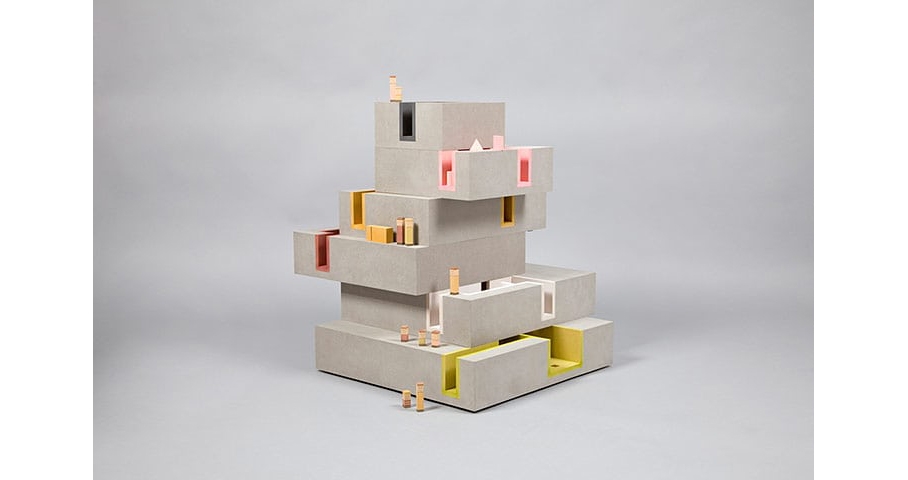 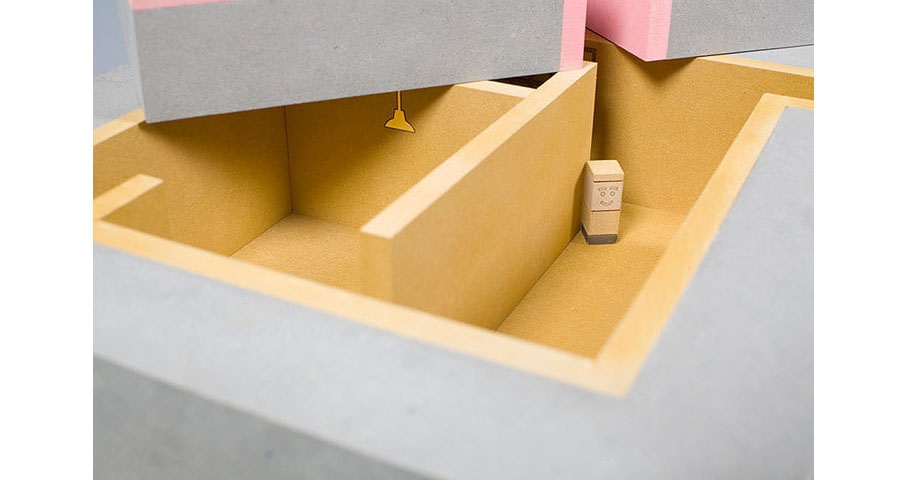 Duggan Morris Architects' Multi-story
Multi-story has been designed to aid early intervention strategies for children with developmental disability Autistic Spectrum Disorder. In consultation with Christina, mother of high functioning autistic Louis (5), the house swaps the visually noisy cross section of the typical dolls house with a set of rooms arranged in either a stack or plan form. Each room can be used in isolation or as part of a sequence to provide a focused platform for learning and role play. 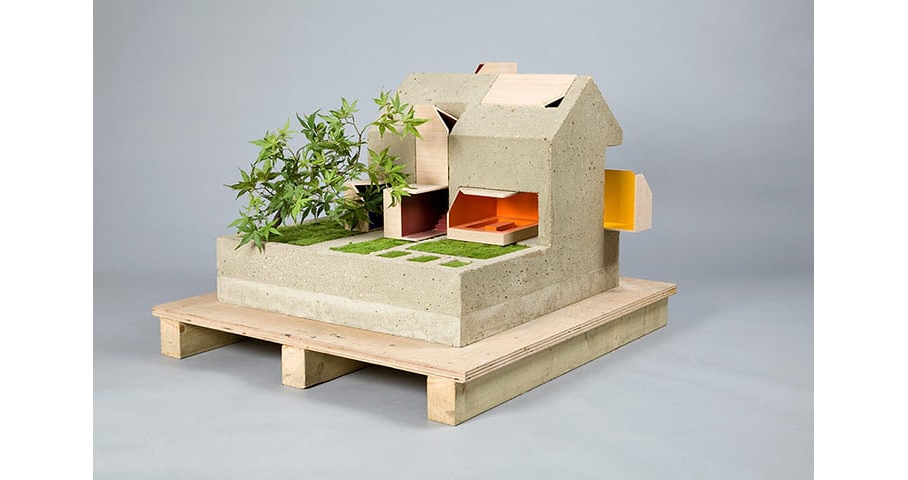 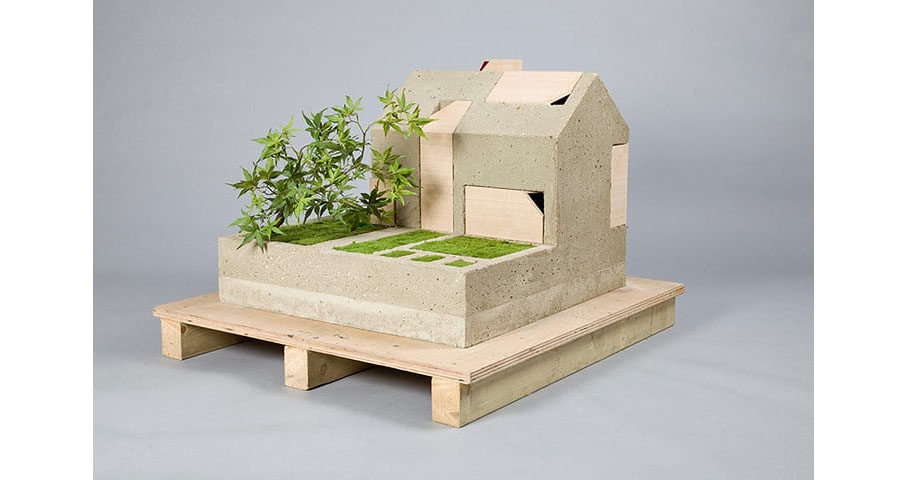 Coffey Architects' Inside Out
Inside Out is an inclusive dolls' house for all children whatever their needs and abilities. One element is a concrete house with a bonsai tree and herb garden which sits outside. The second, a series of elements that are individual oak rooms, hollowed out in bright colours that can be inserted into the house. It is fun for children and encourages outdoor play. 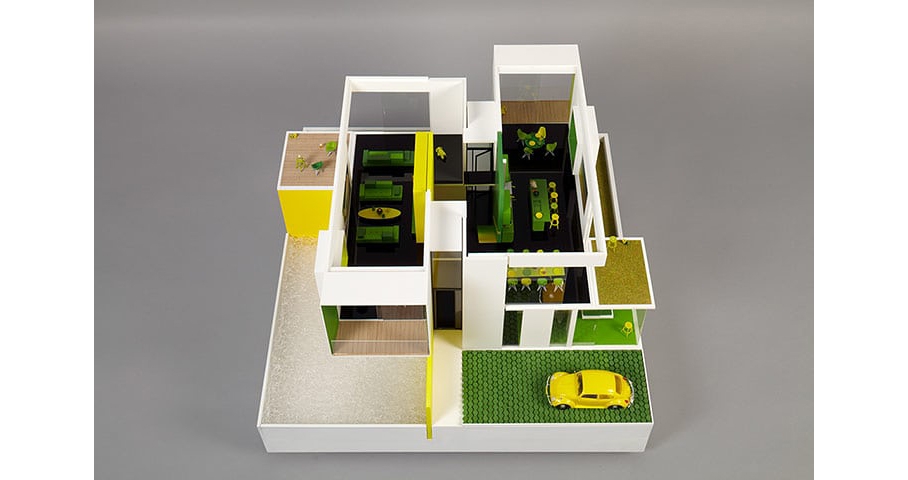 AHMM's Compass House
Compass House has been designed for children with visual impairment in mind, the use of colour and texture were expanded to bring the house to life for them. It's a weekend retreat - a place of escape that acts as a backdrop for ever changing scenarios.

MAKE Architects' Jigsaw House
Compass House has been designed for children with visual impairment in mind, the use of colour and texture were expanded to bring the house to life for them. It's a weekend retreat - a place of escape that acts as a backdrop for ever changing scenarios.

A handmade dolls house will be auctioned by a Bury fund-raiser who has passed more than £17,000 on to charity in the past four years.

A four-storey 4ft tall hand-made dolls’ house is to go under the hammer to raise cash for charity.

It has been handed over to charity fundraiser Bryan Garnham to sell. He’s an expert in raising money having already brought in £17,000 for charity in the past four years.

The Bury Free Press reports that people can see the house before they submit a bid.

The pictures are on the newspaper’s website because of course they are copyright and we’re not allowed to reproduce them – so click through to take a look.

It will be sold unfurnished so there’s plenty of chance to use a little imagination and inspiration on deciding what furniture and accessories to add to bring it to life!

Hailing from the 1930s, an extraordinary dolls’ house brings us a slice of Hollywood glamour in the form of silent film star and life-long doll enthusiast Colleen Moore’s spectacular $7m Fairy Castle.

The work of around a hundred pairs of hands, The Independent reports on her 9ft-square castle, which now resides in the Museum of Science and Industry in Chicago.

The elaborate set boasts a treasure trove of replicas and furnishings, ranking among its adornments several miniature paintings with famous creators including Walt Disney as well as the smallest Bible ever written.

Colleen’s delight in her dream castle also blossomed into a valiant effort on behalf of the children of the United States, since she put it to work as a star attraction on tour raising money for children’s charities in most states’ major cities during the 1930s.

In 1949 it made its final journey to the museum, where it remains today a major attraction enjoyed by millions.

Conservation operations in the autumn will bring formerly concealed artefacts to the fore on full display.

The Fairy Castle stands as a magnificent testament to the feats which can be achieved by plenty of innovation, effort and, of course, imaginative passion for the creation of miniature worlds!

Gascoigne Halman’s Sale branch has offered up its property services in miniature by raffling off a mock Victorian detached dolls’ house as part of its year-long fundraiser for Starlight Children’s Unit in Wythenshawe hospital.

Messenger Newspapers tells us the raffle was drawn on Friday - wonder who the lucky winner was?

Great to see a love of dolls’ houses used in the service of a good cause!

Woodhall Spa will once again light up with all things miniature on Sunday (August 18th) when the Dolls' House Miniatures exhibition returns to showcase  everything you could want for a miniature house.

The main attraction may well be the high quality exhibitors who flock to the event from all over, bringing with them "everything needed for the dolls house hobby such as houses, miniatures, dolls,  furniture and DIY items", as Sue Peall tells This Is Lincolnshire.

But more than that, the event will include a workshop on dolls' house lighting and a 'gypsy encampment' display by Little Mermaid Dolls' House Club.

A raffle will take place to raise funds for the Chemotherapy Unit's Refurbishment Fund for the Pilgrim Hospital in Boston, which would be a great way to pass on any surplus dolls' house items or gifts for those who have the good fortune to attend!

The day will kick off at the Petwood Hotel from 10.30am.