One of the Dolls House Emporium’s much-loved signature houses has become a movie star!

It features in a new film Austenland, based on a novel by Shannon Hane.

According to the producers' website, Austenland is a romantic comedy about a thirtysomething New York singleton called Jane Hayes, who is a seemingly normal woman with one secret.
She has an obsession with all things Jane Austen.
Then, when she decides to spend her savings on a trip to an English resort catering for Austen-crazed women, her dreams of meeting the prefect regency-era gentleman suddenly become within her reach!
Of course, what caught our eye here at The Dolls House Emporium, and yours too, is the Montgomery Hall featured in our heroine’s bedroom.
You can see it right at the start of this movie trailer (below).
Pride of place – again – for DHE.


While at "Austenland", the leading lady is plagued with self-doubt about pretending to be a woman from the Jane Austen era. But of course, along the journey, she makes new friends and finds a new romantic interest.
It was Montgomery Hall which featured in the smash hit revival of legendary drama Upstairs Downstairs when it returned to the small screen.
Montgomery Hall had already featured in the Darwin children’s nursery in the film ‘Creation’ and as part of the Coutts & Co bank Christmas window display in the heart of London – and now has more credentials to add to its CV. One recent success was with Asprey’s jewellers, which used tiny furniture to display their finest gems.
Montgomery Hall boasts six large rooms and impressive hallways, and being the epitome of stately grandeur it stands proud as a home for a Lord and Lady - or can be transformed into a modern abode for the chicest of residents.  No wonder Montgomery Hall is the stylists' favourite!

It has been featured in numerous window displays across London and been loaned-out for many editorial spreads including a centrefold with Peaches Geldof for Company magazine.
Around thirty 1:12 scale Dolls’ houses are available for hire from The Dolls House Emporium with designs including Mackintosh, Lutyens, Georgian, Victorian, 1930’s, Art Deco, contemporary, shops and children’s models.

Dolls’ house favourite Montgomery Hall is set to make a TV appearance in the UK this weekend, when the film Creation receives a welcome airing on BBC4.
Sharp-eyed viewers will see Montgomery Hall in the children’s nursery in the film.
It’s a versatile dolls’ house with styling which suits a modern or traditional setting, as well as a modern or traditional theme within its own four walls! We’ve seen them decorated as contemporary hotels as well as period Georgian residences.
The film, Creation, is based on the book, Annie’s Box, by Charles Darwin’s great-great-grandson Randel Keynes, and follows the lives of Charles Darwin and his family as he completes his book “On the Origin of Species”.
Set in the mid-1800s, it stars Paul Bettany as Charles Darwin and Jennifer Connelly as his wife Emma.
It’s on Sunday, 9pm, BBC4 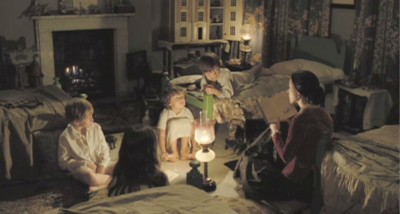 We have two more amazing houses "Seen on Screen" to announce today.

The first is a superb spot, from Marianne Allitt, who while glued to A Gypsy Life For Me, currently getting an outing on the Bio channel, spotted Grosvenor Hall. 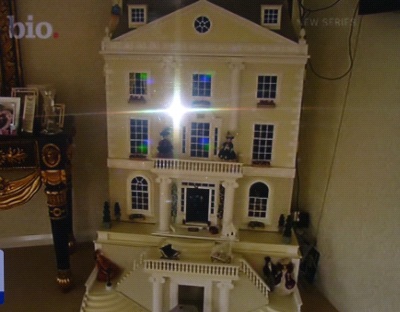 How they fit one into the caravan remains a mystery - it's a very grand item indeed, if you've never seen on in the flesh, standing over 5ft tall.

Marianne says: "Twelve minutes into it... one of the travellers has Grosvenor Hall and she's named it 'Scarlett's Manor'!!

The second is another example showing how popular this hobby of ours is.

It's a particularly clever spot from the Rightmove website, as it's a Montgomery Hall that's naked as the day it was packed! 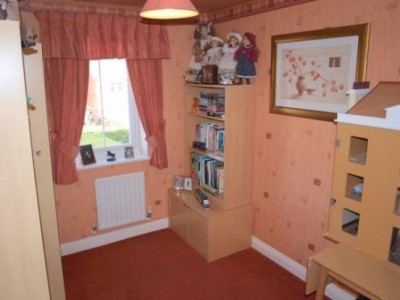 It's from a house for sale in Burton-on-Trent, Staffordshire, so well done Sue Cotter, who's becoming a dab hand at this game.

She said: "I may be totally wrong but could this be Montgomery Hall in its early stages of development?

"It is a beautiful house when done and one of my favourites as I love the chimney stacks. It's one I keep saying I am going to treat myself to - one day - when I finish my Wentworth and Magpies."