Jubilee year provided the inspiration for Derek Westcott, from Kent, who created The Queen Bistro. 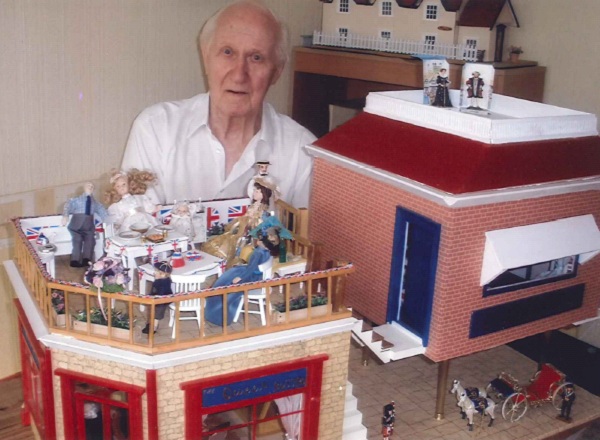 While the Bistro is at the lower level, there's also a gallery on the mezzanine, housing some important-looking crown jewels and some rather regal furniture!

Also at basement level is a royal carriage, so who knows exactly who was visiting the day the photos were taken?! 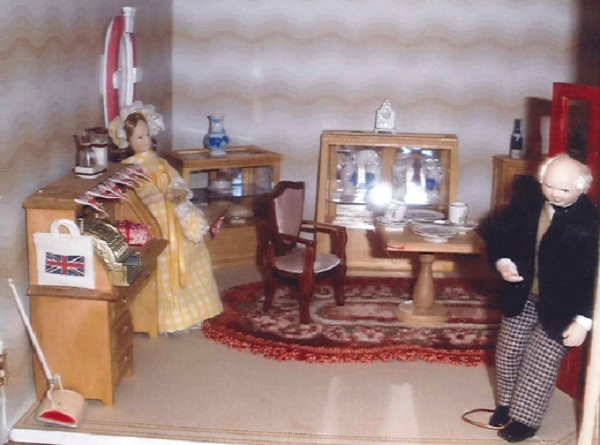 The model was made using The Corner Shop parts 1 and 2, and was one of the entries for the 2012 Dolls House Emporium Creative Competition. 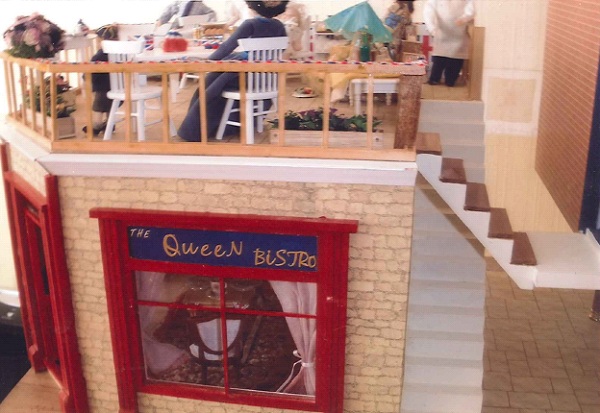 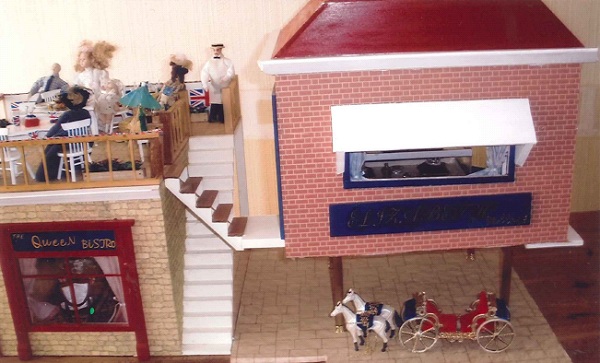 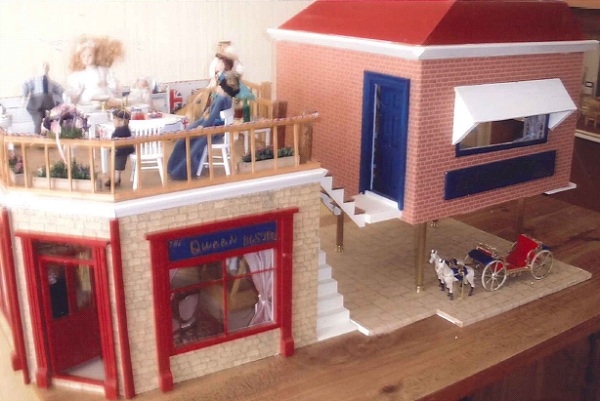 They show what the Suffolk couple’s two sons did with the fabulous Jubilee Street Party Sheet.

Cyra told us: “They both have the Rocky Ridge dolls’ houses with numerous 'extras' from the catalogue and some home-made things too.

“Even Father Christmas visits the Dollshouses each year!

“We turned one Rocky Ridge into a 'General Stores' as they would then be different and Lawrence, our younger son, wanted a Shop and Post Office!”

Nathaniel is 10 and Lawrence nine and the photos show what they did before their parents woke up, all with the help of a packet of Blu-Tak.

Cyra says: “We had no input at all, apart from my husband moving them (as instructed by the boys) out of their bedrooms to a larger space!”

If you’d like to send us some images of your own (or your family’s) project, please email them direct to photos@dollshouse.co.uk 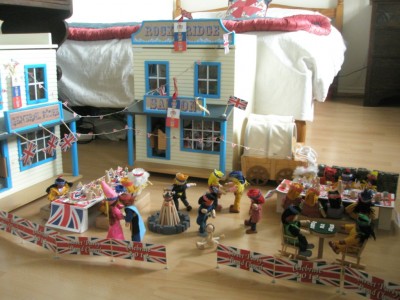 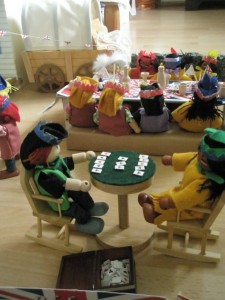 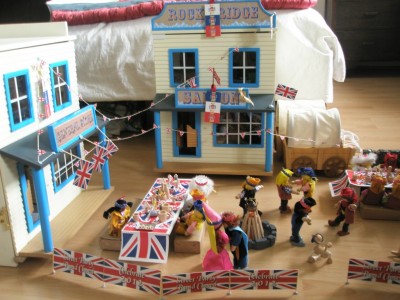 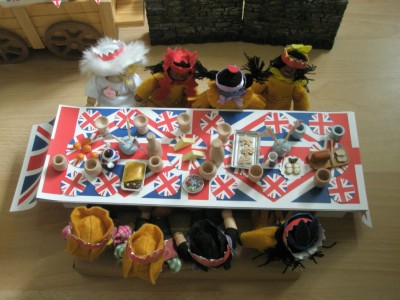 As part of the BBC’s celebration of the Queen’s diamond jubilee, a special edition of ‘Antiques Roadshow’ on June 10th featured a dolls’ house with royal connections.

Called the Little Welsh Cottage, the dolls’ house is a replica of a cottage built for Princess Elizabeth when she was six years old.

The real cottage stood in the grounds of the Royal Lodge at Windsor and was unusual in being constructed to a 2/5th scale, making it the most amazing playhouse any six year old ever enjoyed.

You can see the dolls’ house for yourself on the BBC website (in the UK) and learn more about the story behind it.

It appears at around the three minute mark.

Pat Wareing is certainly someone with a sense of humour, as the miniature diamond jubilee scene she has created amply demonstrates.

Featured on the ‘Little Roomers’ website, Pat’s creation features a group of characters she describes as...
“... the Grannies, who get up to all sorts of mischief.  They are ‘of an age’ where outrageous behaviour can be overlooked.”
She continues:
“In this scene they are celebrating the Jubilee - looks like someone may have had a wee dram too much! Did someone add something extra to that tea pot?”
It’s a very amusing scene and definitely worth a look.

The rain might have spoilt some of the diamond jubilee celebrations but the sun always shines on miniature street parties.

A website called ‘Little Roomers’ features a splendid creation from Kathy Jones who makes good use of materials from the Dolls House Emporium to give her street party plenty of colour.

Kathy explains:
“We had a street Party here but it was raining all day so we had the Party in big Gazebos.
"I think my mini Street Party had a better time as they had sunshine all day! Can you see the two women sunbathing?
"I found them in a gift shop when I visited the New Forest here in England. I thought they were very unusual and funny so I bought them, plus another one in red striped costume for a friend.
"The flags, table cloth, plates, hats and bunting were from a cut out sheet I bought from the Dolls House Emporium. I also bought the mini Union Jack Teapot and Mug that are on the table, from them.”
Congratulations to Kathy on creating such a wonderful scene and the two bathing beauties are particularly striking.

Now if only the summer would arrive for real, then we could all indulge in a spot of sunbathing.