Check up on Alennka's progress - maximum effort in a mini world!

Alennka has been hard at work again: our Tasmanian friend has been sitting and fretting.

Not the worrying kind – but something far more constructive.

She has been adding some of the fretwork and railing detailing to her major project, Bellerose house.

It’s a wonderful update on her progress and well worth a look.

Even if you’ve not been following her work so far you may just find yourself getting hooked!

There is a back catalogue of previous updates and information – plus a lot of good tips and advice from a whole range of intricate work.

He built it from scratch in just ten months and sent a series of photos to share on our blog.

John says: “Due to your great product, second-to-none service and your wonderful staff, my self designed and built 'Heirloom House' is now complete after 10 months of patience and perseverance.” 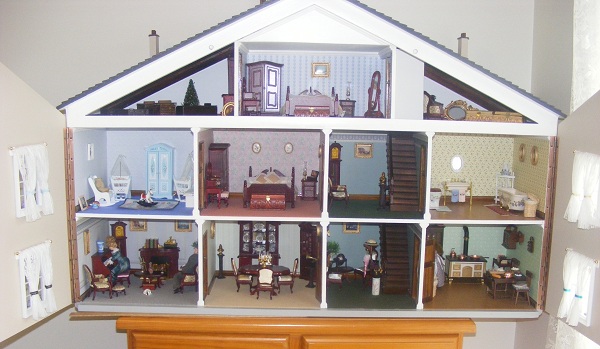 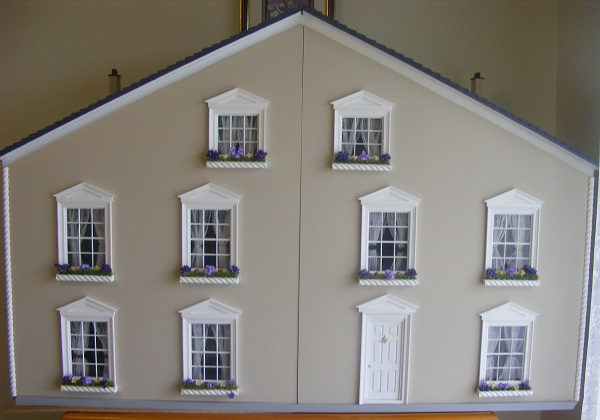 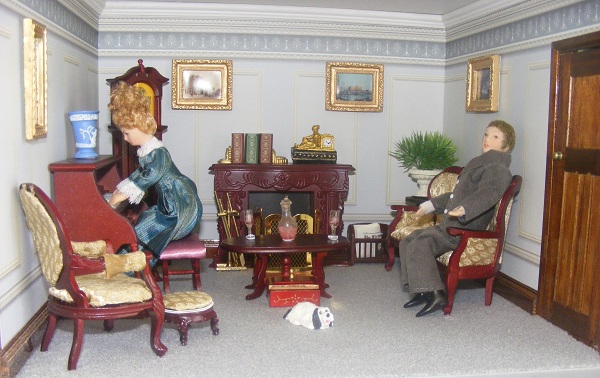 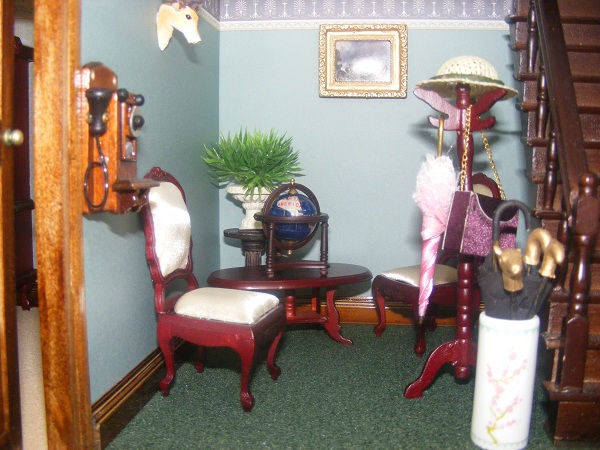 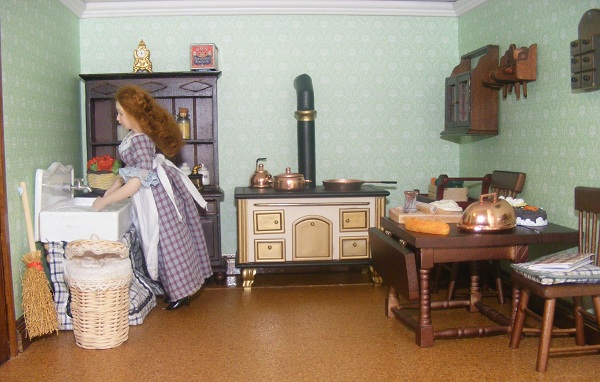 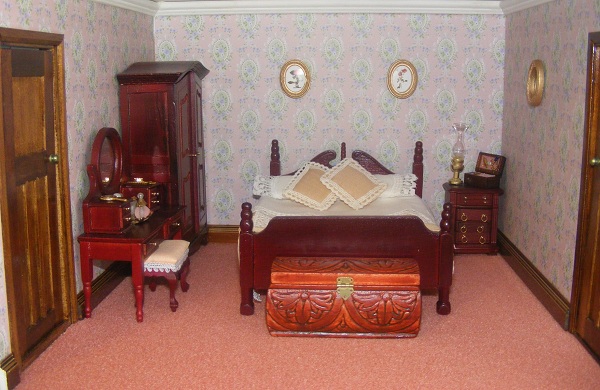 A year of work in miniature!

Here's a superb gallery of miniatures from across the whole of 2012!

It's a personal blog to show the achievements of "Alennka", from Tasmania, Australia.

She's a regular contributor to dolls' house chit chat and we've featured her work here in the past.

This latest blog post is well-worth a read... it shows another imaginative use of a Dolls House Emporium kit, The Retreat.

Why not follow her updates? You won't be disappointed.

Lorraine Robinson is a dab hand at dolls’ houses and miniatures.

And if you’ve read this blog before you’ll know that she’s the proud owner of Fairy Meadow Miniatures in New South Wales, Australia, where it's getting hotter each day rather than cooler!

She’s recently completed what can only be described as a masterpiece – her own interpretation of Montgomery Hall from The Dolls House Emporium.

The story behind this house started when a 73-year-old customer turned up disenchanted after poor quality miniature products from a different shop and supplier.

Lorraine takes up the story: “She had returned the dolls house to the shop in Sydney, thinking she would never own a nice one of her own.

“She found my shop and came in hoping for a better experience, once she found out that I build and decorate dolls houses for others. She quickly booked me in to build hers, before she had even decided which one to buy!”

January 2012 arrived and Lorraine was able to start work on Montgomery Hall. Her excited customer emailed in March to see if it was ready, to which Lorraine calmly replied that she didn’t work quite that fast!

A summer break due to a series of fairs across the continent and a partial refurb at the workshop meant that in September work continued on Montgomery Hall.

“I must say that DHE kits are outstanding and they are a dream to put together. Like all projects it is the preparation that gives the end results and with DHE kits the preparation of your work goes so much easier because you have excellent foundations to work on. So like all things you just have to have a bit of forward thinking and planning and anything you want to do you will achieve it!!

“So Montgomery Hall was a resident on our table from the 1st January until December 9th when it was delivered to its new home."

“The customer couldn’t speak for ages and began to shake upon seeing her dolls house and she couldn’t believe what she saw was hers! She stated straight away that the wait was well worth it and suddenly understood why it took so long in the making.”

Lorraine had mixed feelings on completing the project: “I was very sad to leave Montgomery Hall at its new home, as I had gone through 12 months of such an intense relationship with it, one minute hating it and the next in love with it. I have a huge space in my heart where it used to sit and a huge space on my dining room table.

“While I am sad I know that here in Australia there is a very happy lady with a gorgeous dolls house to be passed down through the family which I was told that was its intention.

“The only problem I have now is … what to do next!"

Did you catch Vivienne Garforth’s latest blog about her beautiful dolls’ house kitchen?

If only we all had one as pristine as that!

It’s packed with goodies, both hand-made and bought – with many coming from the Dolls House Emporium shelves, shipped right across the globe to her home in Perth, Western Australia.

Vivienne, who’s married to a Yorkshireman from Hull – thus the name of her blog Anlaby Dollshouse – tells us: “My kitchen room box is intended to slide onto a shelf in a large display cupboard.

“Most of the pieces in the kitchen are from DHE. As you will see, I still have plenty of room on my scratch built wall shelving and in my Welsh dresser which will house a ‘blue and white’ china collection.”

Her own blog has some wonderful photos, as well as a little bit of background on what’s coming next!

You may also enjoy having a root around her blog… it’s packed with interesting bits and pieces about her miniature life!