We recently posted on our Facebook page about Petronella Oortman, who created the beautiful dolls’ house which inspired the book ‘The Miniaturist’ and the tv adaptation of the same name. As it went down so well, we thought we’d delve a little deeper into the collection of dolls’ houses kept at the Rijksmuseum in Amsterdam, where Petronella Oortman’s dolls’ house now resides.

The museum has three dolls' houses in total, which date from the 1600’s and 1700’s and are an exciting window into what a wealthy home would have looked like in Amsterdam at this time.

Petronella’s dolls house was given to her as a gift by her wealthy husband Johannes Brandt and she set about filling it with beautifully hand-crafted replicas of the real items from her home, between the years 1686 to 1710. Although the dolls’ house was incredibly realistic and it may not have been an exact representation of the house that she lived in, it may have represented her dreams and aspirations. 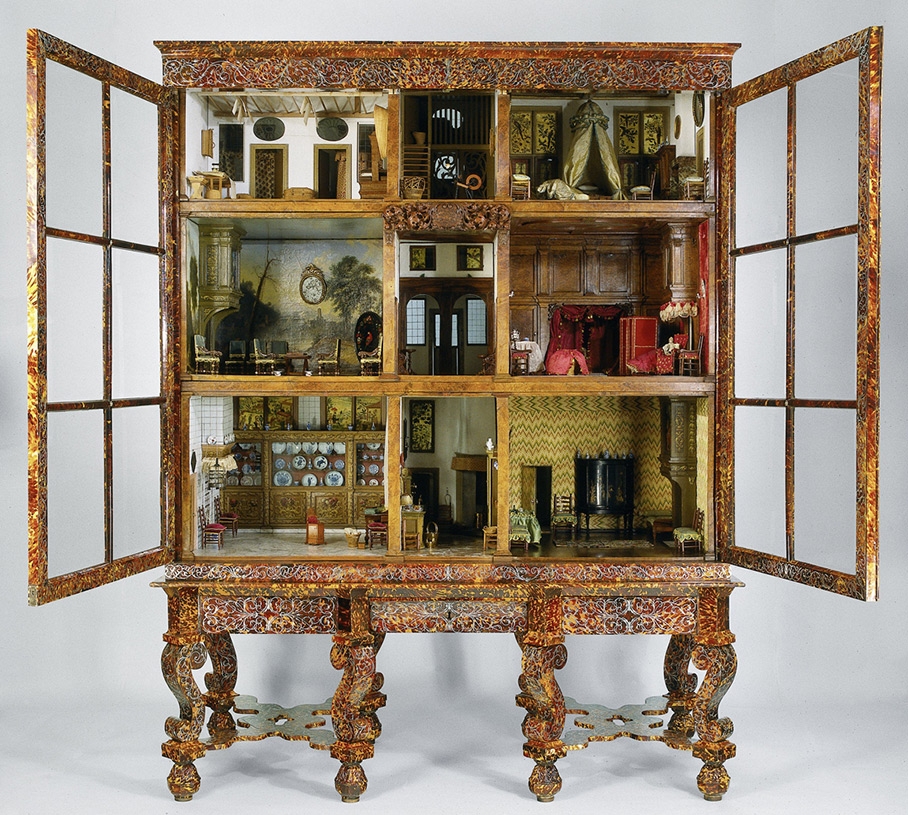 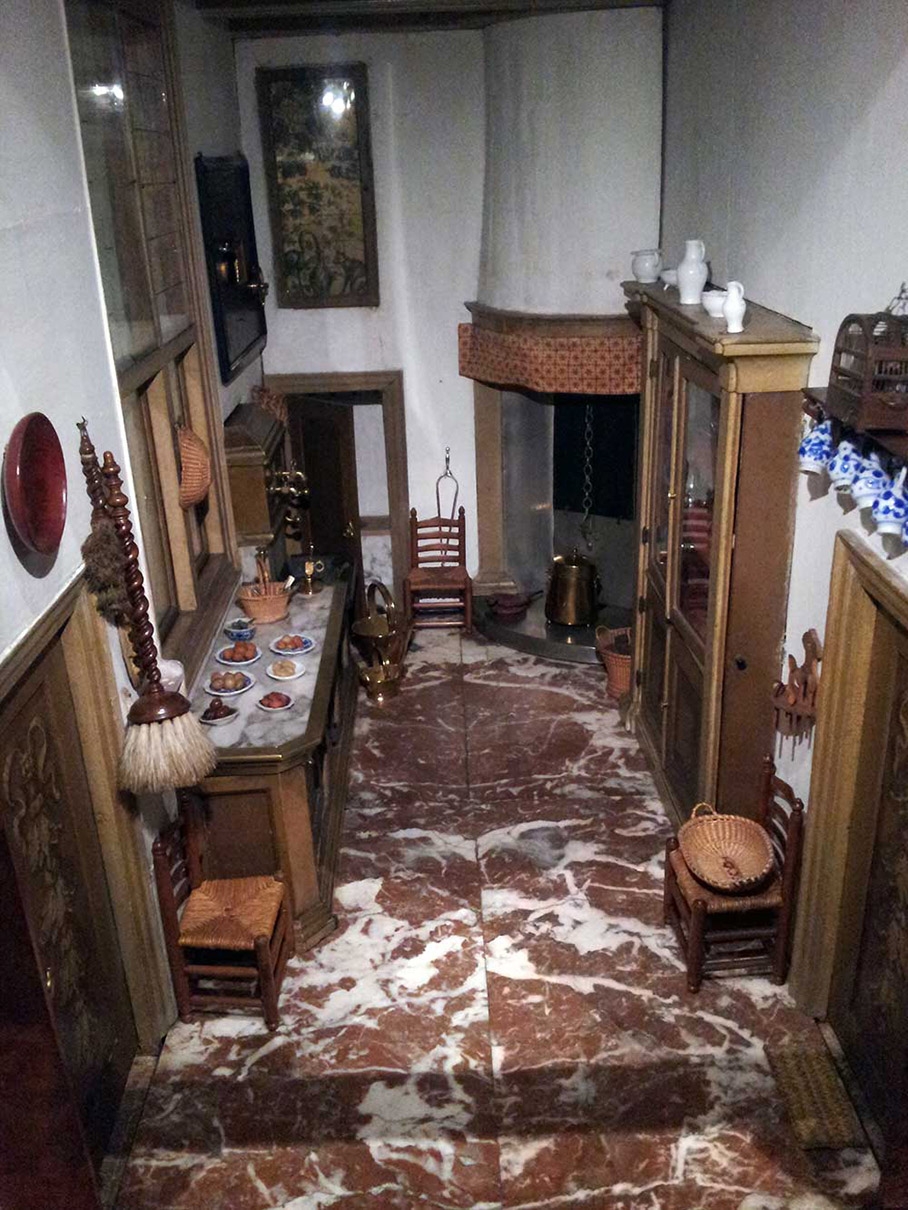 At this time, dolls' houses were a popular hobby for women and would have offered the same enjoyment as a curiosity cabinet would have done to the gentleman of the time. In fact, Petronella’s husband had a curiosity cabinet and you can see the miniature version in the bottom right hand room of the dolls’ house. 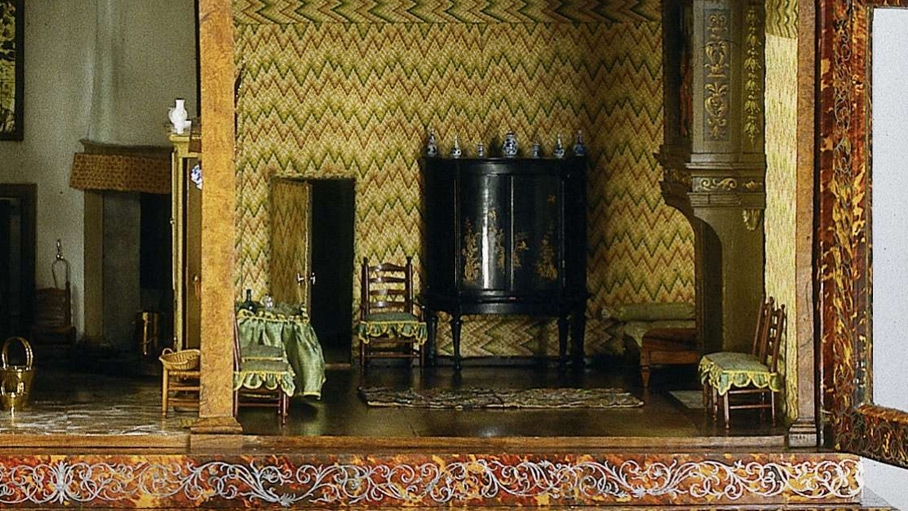 Petronella loved her dolls’ house so much, that she had a painting commissioned of it. The painting shows the yellow curtains which once protected the front of the house, as well as the original dolls that she had made for it. Unfortunately, all the dolls have now been lost, except for the baby in the cradle. 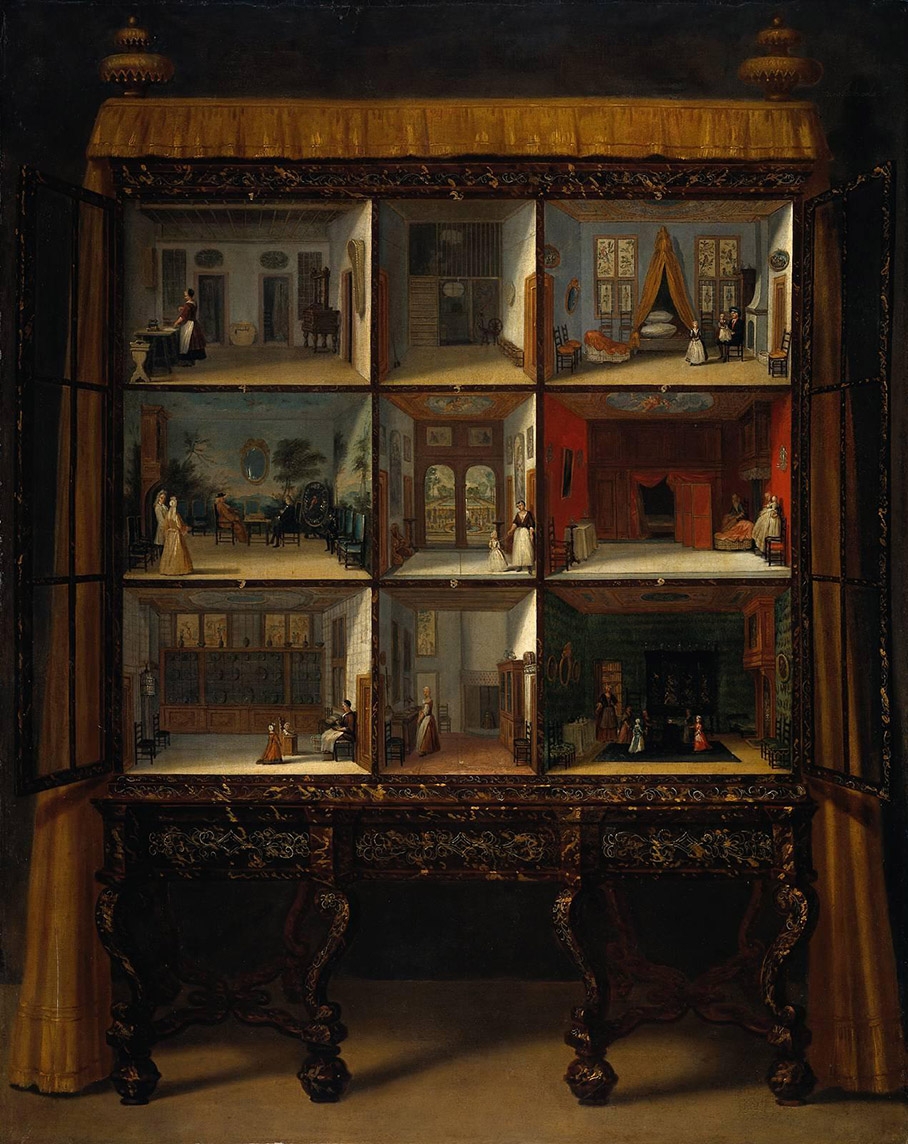 The second dolls’ house in the collection at the Rijksmuseum was made by Petronella Dunois. Petronella was an orphan who lived with her sister in Amsterdam but was a wealthy lady and an art collector. Both sisters made their own dolls’ houses, but only Petronellas survived. 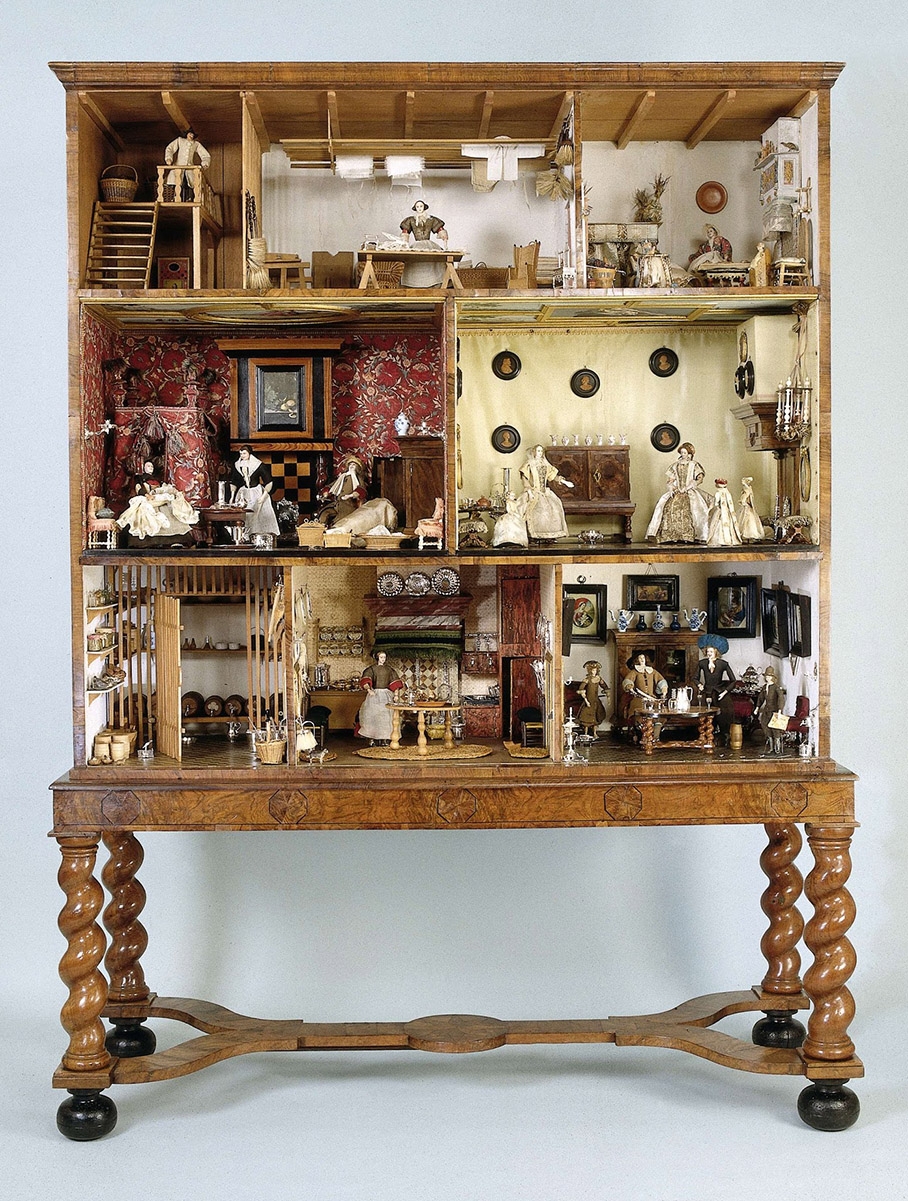 Unlike Oortman’s dolls’ house, Dunois filled her dolls’ house with ready-made furniture, many of the pieces are marked with the year 1676. The dolls’ house contains a peat loft, a linen room, a nursery, a lying-in room, a reception room, a cellar, a kitchen and a dining room. 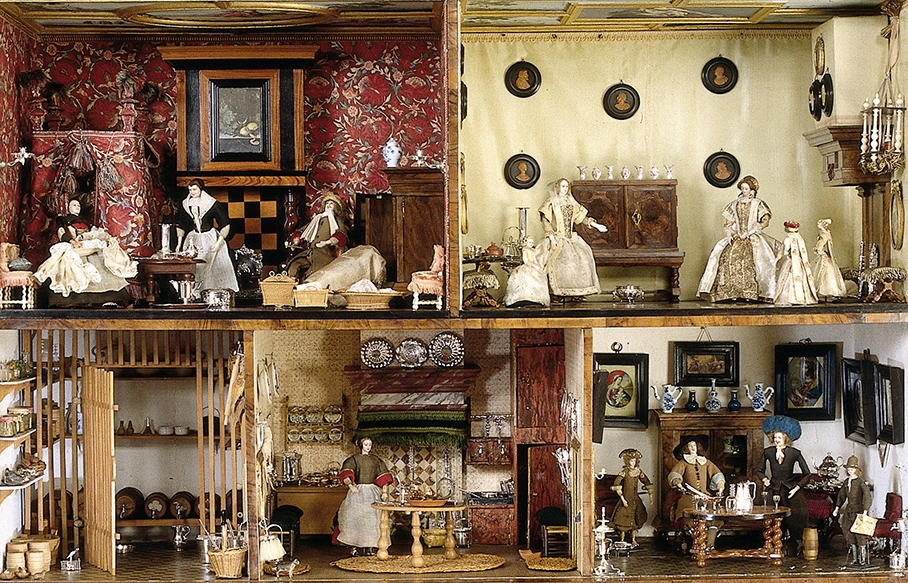 The third dolls house in the museum was made in 1760 and is quite different from the other two. Instead of a cabinet housing the main attraction being the realistic rooms inside, it is instead the exterior of this house that is the most interesting and realistic. Like the other two, it is a model of a real house.

The front of the house is removed to reveal the rooms inside. The house is divided into a basement with two cellars, portal and kitchen; first floor with hall, small hall, staircase, dining room; second floor with bedroom, small room, stairs and nursery; attic with two attics. 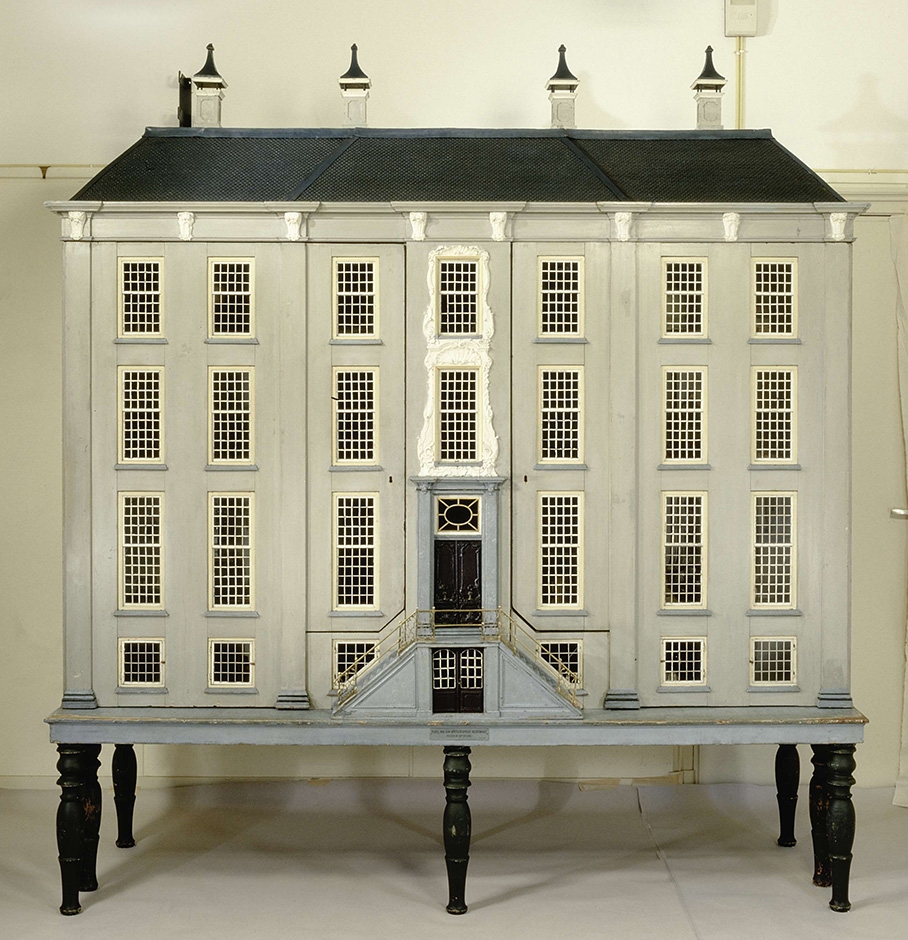 We hope that you’ve enjoyed this little tour of the Rijksmuseum's dolls' house collection. You can find out more by visiting their website.