Recreating Deyrolle of Paris in 1:12 scale!

Deyrole is an unusual Paris store, situated at 46 rue du Bac.
It opened in 1831 and is part store, part museum and part gallery.
And it was this wonderful mix which provided the inspiration for Jeanette Causon's entry to the 2012 Dolls House Emporium Creative Competition!
Jeanette, from Victoria, Australia, describes the real thing - and her own 1:12 recreation - as hosting a variety of formerly living merchandise and other "natural curiosities".
It contains everything from a meteorite to a wall of birds to a giraffe! 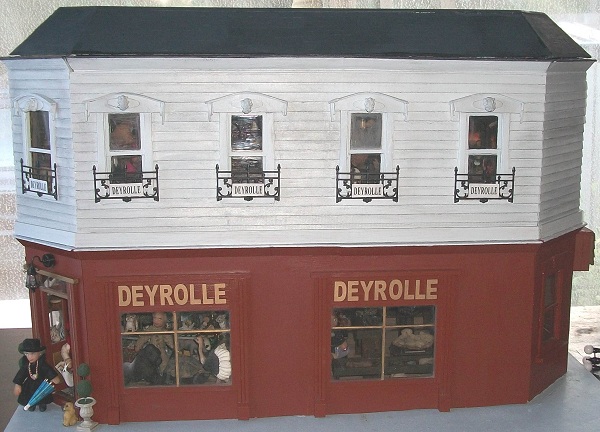 Here's a video she's made of the work: 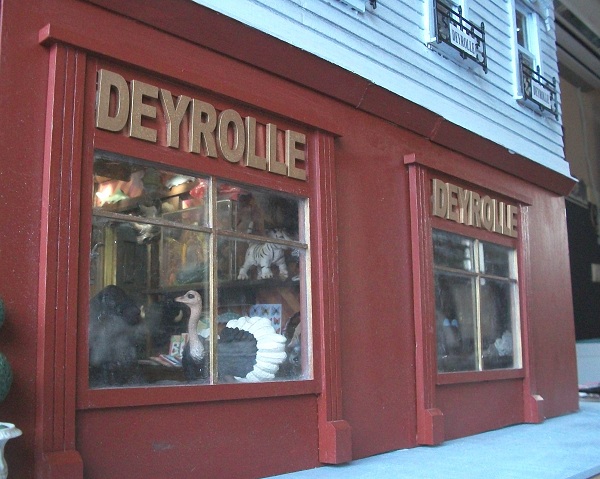 And here's the real thing for comparison: Amazing! 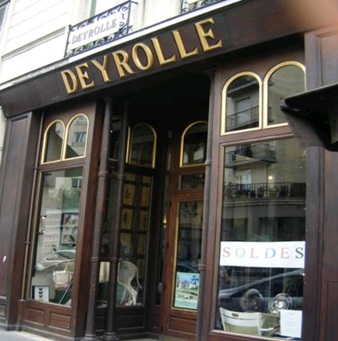 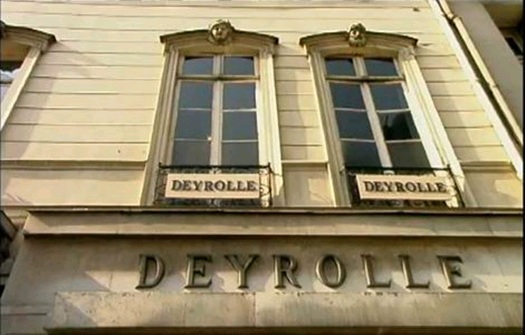 Back inside Jeanette's version, nearly all of the animal figures are Scleich brand as they are about the right scale.
She made her birds from fimo and they all sit on stands made from buttons and toothpicks. Many of the actual exhibits she hand-made too. 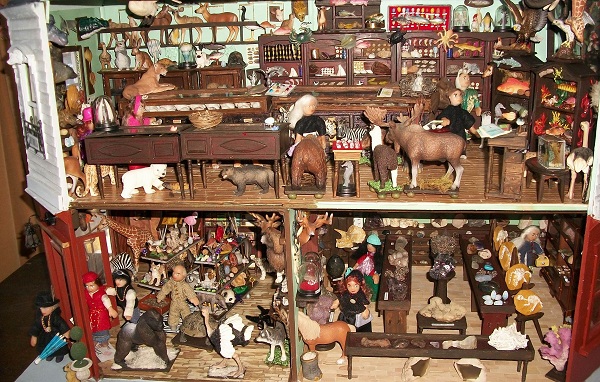 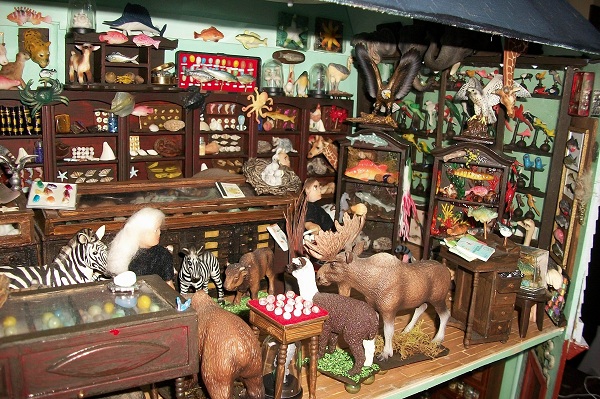 But there was drama before the project could be completed: not only did Mother Nature throw down 11 inches of rain in a day, stranding Jeanette's mail-order goodies at the post office but she also suffered an earthquake and another flood a week later, which severely held up the build, to say the least. So here's a picture of the inside of the real store to look at for a moment: 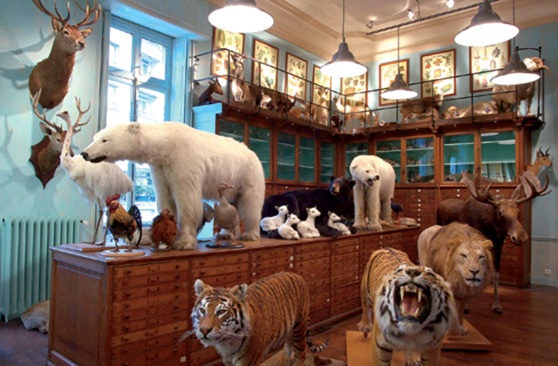 Jeanette says: "While waiting for the flood waters to go down, I spent time filling the dollhouse with handmade items, and cutting the heads off plastic wildlife animals (which scared my visitors and started rumours around town that I had 'swamp fever'.
"We also need people. A lot of them as a shop like Deyrolle is a very busy place. Out with the fimo and 15 people come into creation. Thirteen went into the house - one didn't survive the cooking process and my dog ate the other while I wasn't looking." 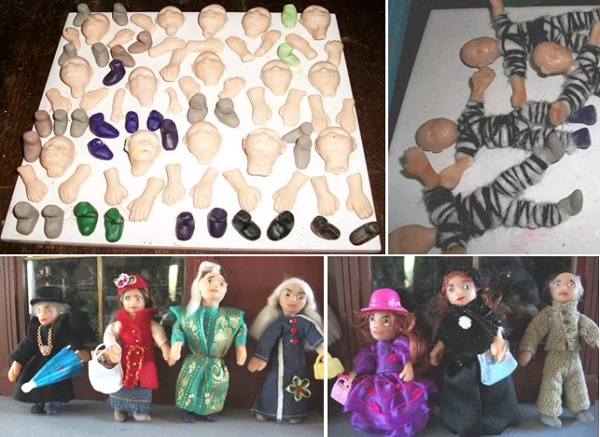 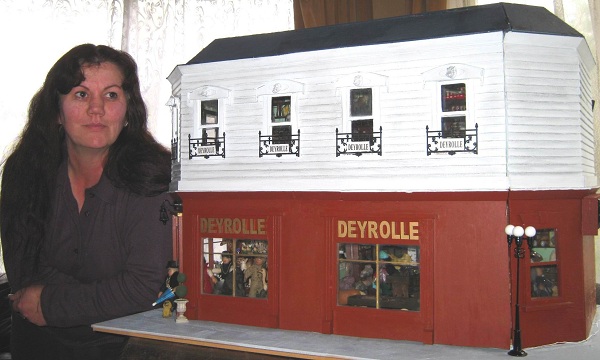