During a somewhat stressful time in her life, she knuckled down to a new hobby to pull her through the other side - and decided to build herself a dolls' house.

That sounds a simple enough prospect but although she had enjoyed her childhood dolls' house, she had never embarked on a project of her own before.

Kirsten, from Denmark, said: "I needed some kind of therapy, and I just decided to build a wonderful doll´s house. As a child I had one built by a local carpenter, which I loved dearly and played with for many years. It was not a fine stylish house at all, but I thought it was wonderful. Later I have always loved studying doll´s houses where ever I found one, particularly at museums around Europe." 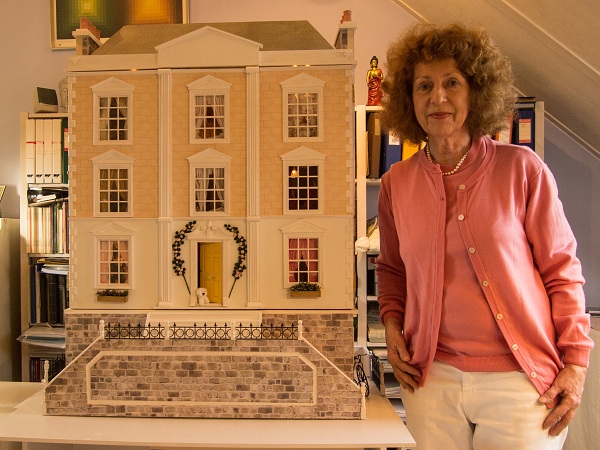 She added: "I thought that Montgomery Hall looked like it might have been built in the late 18th century, it had a classical look, so I imagined, that the family had had it built by 1790 perhaps, and now a century later the descendants of the Hope family now lived in it during the season of society in London. Perhaps for the theatre, ballet and opera, and certainly as guests at her Majesty´s court events." 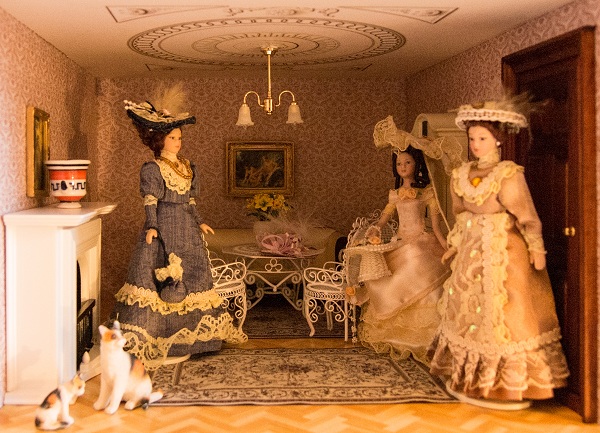 "So the style of the furniture span from 1790 to 1890, more or less. I call it Hope House because I imagine the family to be members of the Hope dynasty that owned the famous blue  Hope diamond in Smithsonian Museum in Washington. It could also be descendants of Thomas Hope, who bought works of Bertel Thorvaldsen around 1800 for his country estate in England," she said.

"Sadly I cannot get miniature Thorvaldsen works for my house. But perhaps the Thorvaldsen Museum could be persuaded to produce a few miniatures!"

Scroll down to see the rest of Kirsten's miniature masterpiece! 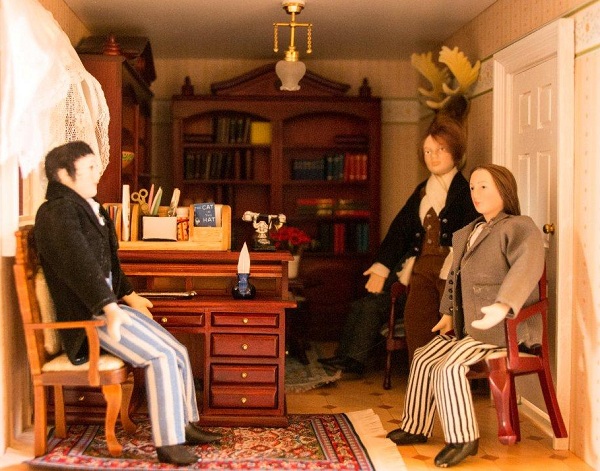 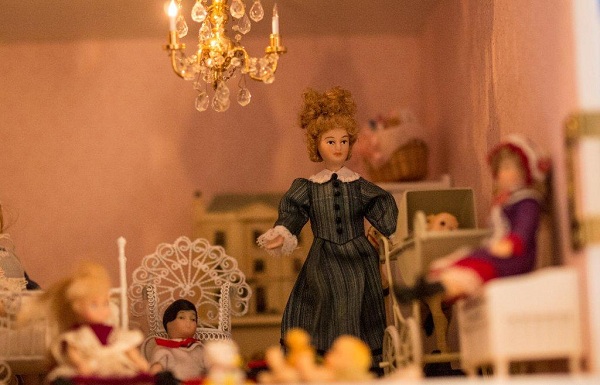 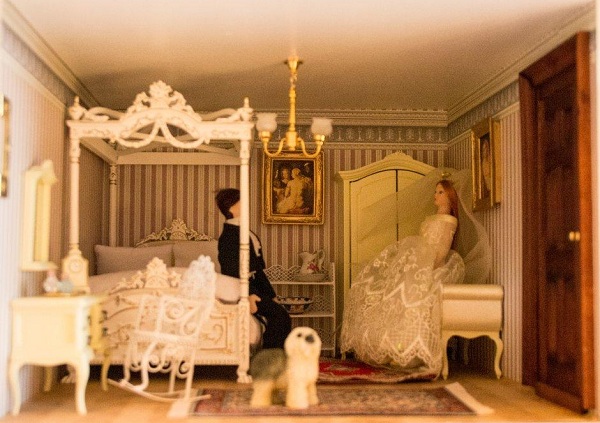 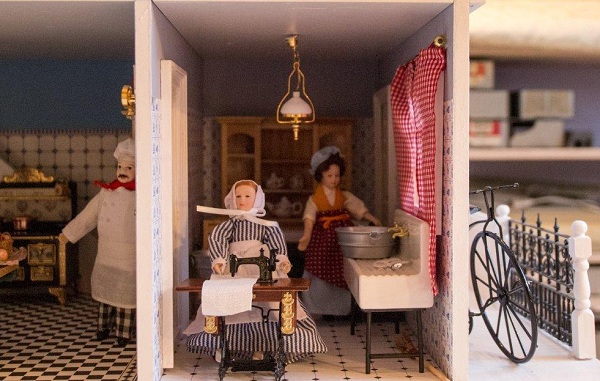 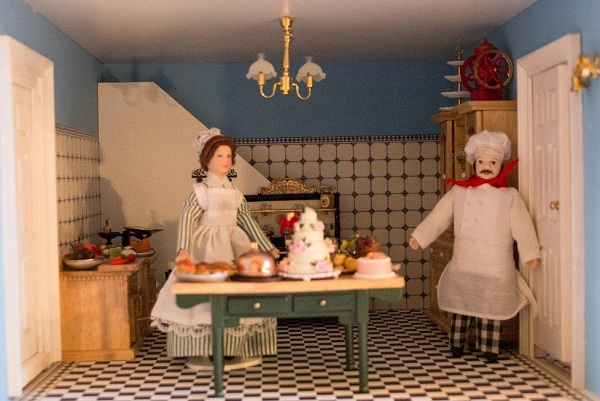 After dinner the family members enjoy a bit of Chopin, drinks and cigars. A good opportunity to discuss where to invest at the stock exchange. Oil, cotton or perhaps the new horseless carriage, the so-called automobile.

Could anyone be stupid enough to buy one of those contraptions ? 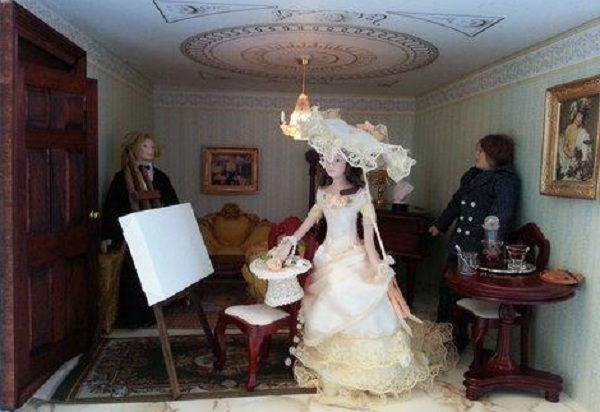 The head of the family discusses seating plans for the next evening's dinner with important members of commerce and high society. Oyster soup, roast lamb and strawberry ice cream sounds good! 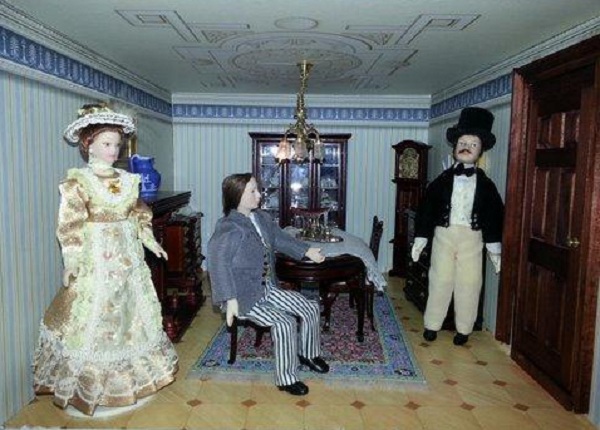