A dolls’ house builder who has always been fascinated by Christmas in the miniature world has created a festive scene complete with the cool-yule.com gift shop!

Felicity Hey, from North Yorkshire, imagined a new interpretation of Christmas with a contemporary, super-cool minimalist shop and the more traditional reds and greens of a “proper” festive season.

And the result - built with The Dolls House Emporium's Corner Shop - was the entry in this year's Creative Competition.

She says: “I have been involved with dolls houses and miniatures for over 30 years, but I still get a tingle when I turn the room lights off and can gaze at my miniature Christmas scene with its fairy lights, sparkling snow and the magic that goes on through the windows. Aren’t us miniaturists lucky people?!” 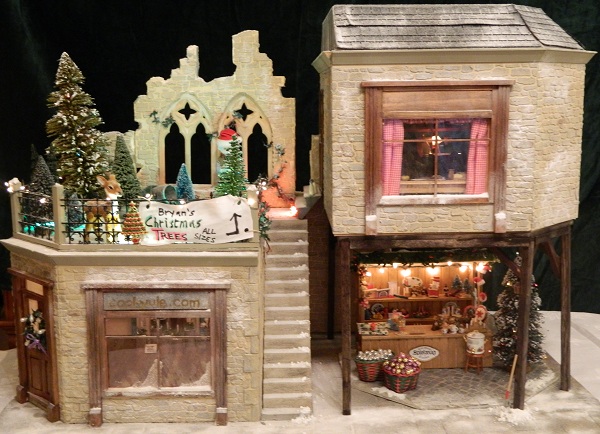 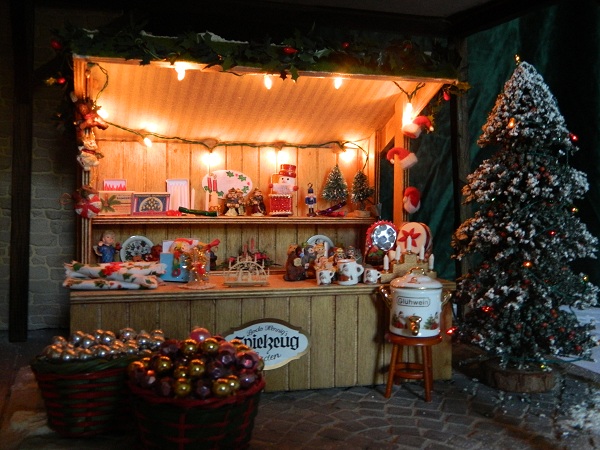 Felicity says: “I did a deal with myself - I could have both kits, BUT I was not to buy anything else unless there was absolutely no alternative. So out came all those old margarine tubs with items acquired over the years, in came some very lateral thinking, and ingenuity and creativity formed the backbone to my ideas.

“On the ground floor there is Cool-Yule.Com, selling baubles, wreaths and very expensive ‘designer’ decorations, displayed in jute baskets. These were made from a scrap of upholstery material, cut from the selvage to avoid fraying, and stuck on to an oblong of wood. My favourite Chanel perfume spray box became the display cabinet, and the redundant silvery tops from the sprays had been saved so now were utilised as floral display parts. The desk was a plastic box covered in mirror card. The floor had started out as an unused sheet of wooden flooring, but I cut it down into individual planks and cut them to random lengths before staining and sticking them down, to make the floor look more realistic." 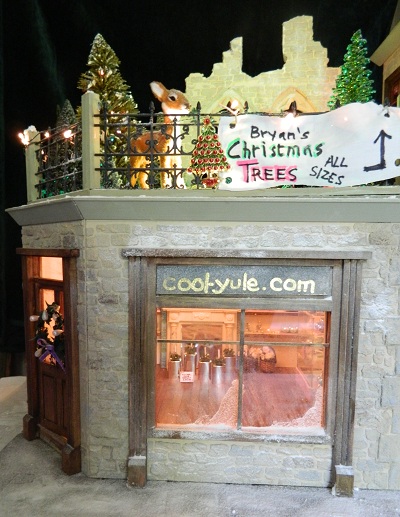 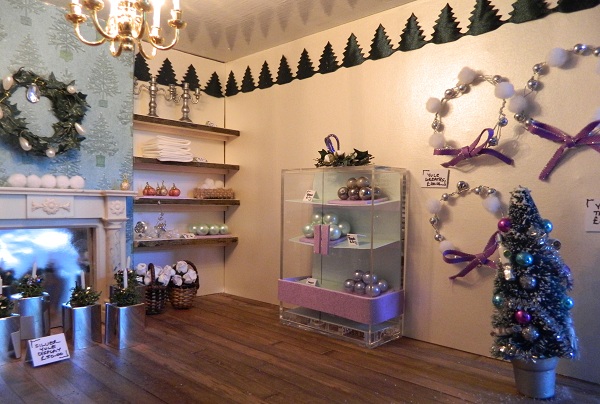 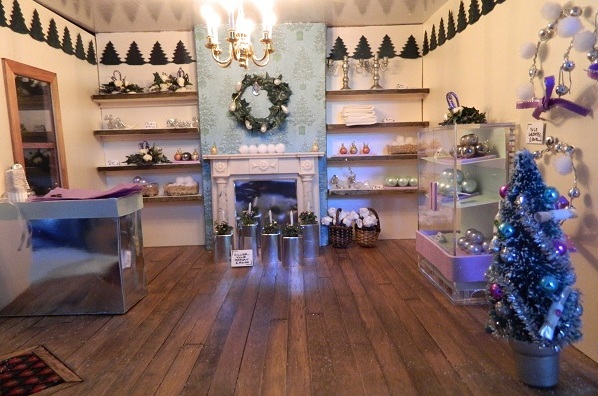 “The roof space has been sub-let to Bryan, to sell his Christmas trees. A Josephine Parnell bear who usually works as a window-cleaner, Bryan has made a rough sign on a piece of sheeting, rigged up a few lights, and sits patiently with his flask and his tree-wrapping machine, awaiting the customers.

“Research into medieval market halls inspired the raised supports for the upper area, and although I had several ideas on what to display underneath, the answer was already in my possession, as I had an undecorated market stall from years back. I can never resist Christmas items at Miniatures Fairs, especially the overseas ones in Germany and the Netherlands, so there was no shortage of little things to decorate the shelves and counter.”

“Upstairs we have the Santa Bears’ home, where they wrap up the parcels for the children, read their letters, and organises the deliveries. Mrs Santa Bear has just slipped out to buy ingredients for more mince pies, and Santa Bear has gone to feed Rudolph (without his red coat on!). Wrapping and sorting the gifts into the tea-chests labelled Boys, Girls or Either is nearly over, and Santa Bear has just another sack full of letters to read before Christmas Eve. Gift wrap, ribbon and string are all to hand to make the wrapping process easier. 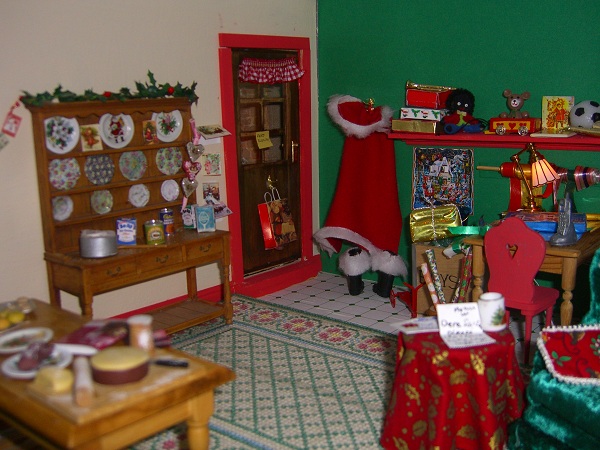 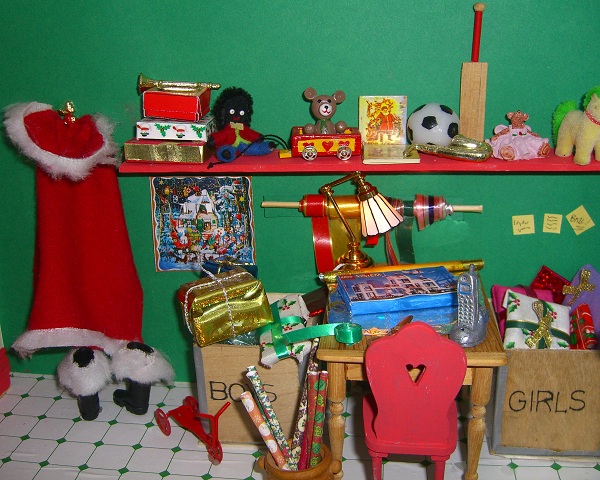 “The ruined castle walls backdrop occurred because I had bought a kit for an absolutely gorgeous gingerbread-type shop when I was at The Netherlands Dolls House Fair, in Arnhem. The instructions were in Dutch, with no translation, and despite many attempts I finally gave up and constructed it my way, but it never looked very good. I had substituted gothic windows, and rather than waste all the time and money that had gone in to it, I used the plaster-stencilled walls to create a backdrop for Bryan and his Christmas trees, which with the green and red LED lighting (yes, I bought something!) looks absolutely stunning." 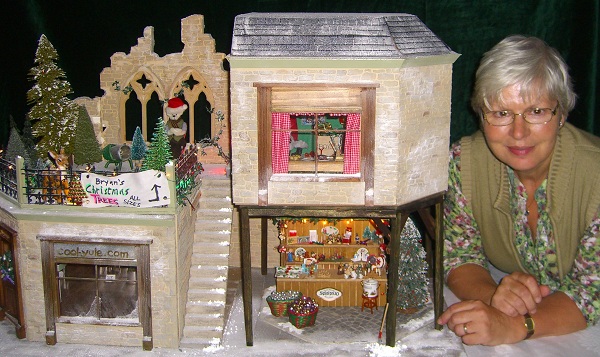