Here’s an unusual take on The Cabin, from The Dolls House Emporium.

Wullie Wood has just completed a project using two of our newest models – incorporating an old piece of tree! 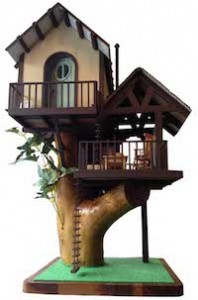 He says he had a great deal of fun creating his tree house dolls’ house and we’re delighted to share it here.

Wullie, 63, from Kirkcaldy in Scotland, said: “I have built three dolls houses in the past, but decided that it may be possible to build a 12th scale model house that could potentially be played with or appreciated by both male and female. That’s where the initial idea for a tree house came from.

“The design and final look of the project was dictated by the shape of the tree.

“I had intended to have two cabins sitting one just below the other (the lower one being altered in size to be more like a shed than a cabin), but when I started to dry build the cabins and place them in the tree - it became obvious that the project was dictating its own final design.

“That is when I had the idea of the open floor with the lap roof timbers - the open aspect being easier for a child to get their hands in to play with the tree house.
“And as for the rafters - well that is the support brackets (supplied with the kits, cut in two and sanded smooth).

The ivy and grass effect were the final touches to give a fantasy look to the finished Tree House.

Thanks for sharing, Wullie! Enjoy your future projects. 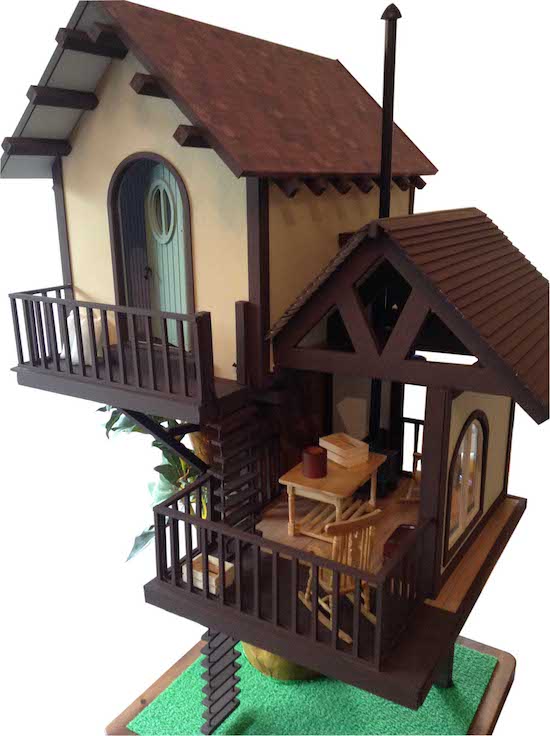 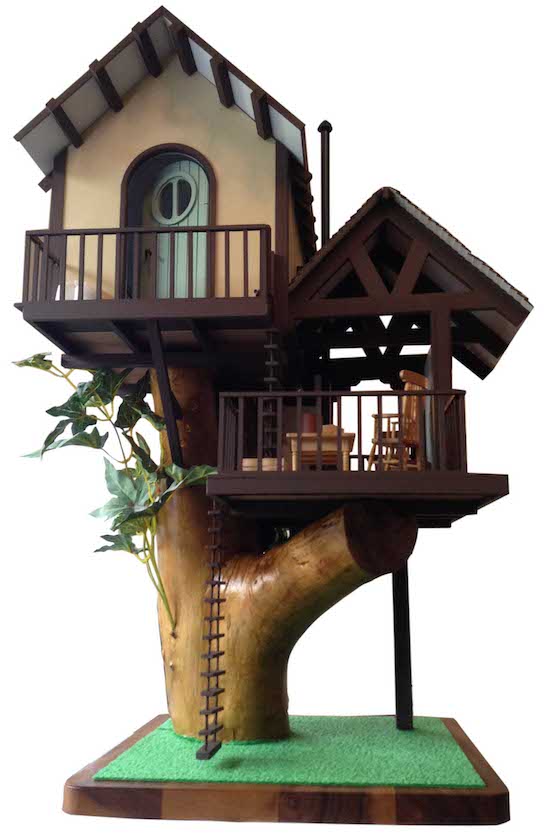 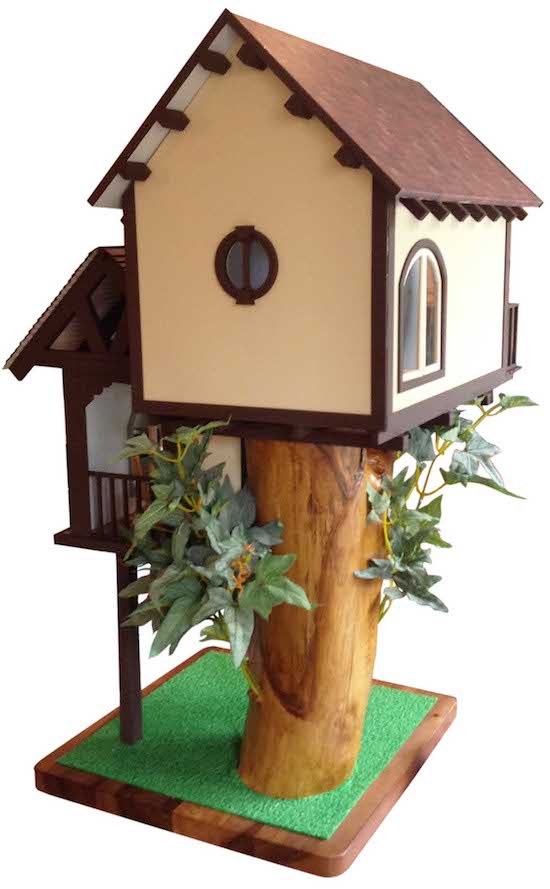